By Pat Tearney posted on January 1, 2014 | Posted in Therapeutic Shoeing

Sonny Pistilli has been shoeing horses since 1967. As you’d expect, he’s seen a lot of clubfooted horses in 46 years. But for the last couple of years, he’s been dealing with a horse that presents the biggest clubfoot challenge he’s ever faced. 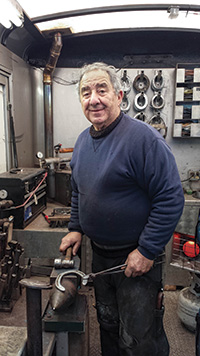 It all started when one of his oldest clients got in touch with him from Europe. He and a young female rider were looking at a big German warmblood, a Trakehner breed. The horse had good bloodlines and what was more, they could get him at a good price. He had some conformational issues. He was “a little upright.” But the sellers were saying with the help of a good farrier, the horse could be a top competitor. He was already showing at Dressage Level 4.

He pauses and then chuckles.

“He never mentioned we were talking about all four feet.”

Big Al, as the horse is known, arrived on this side of the Atlantic standing 19.2 hands high and weighing in, Pistilli estimates, at around 1,450 pounds. He was also wearing #6 Werkman hind-pattern shoes — on all four feet. 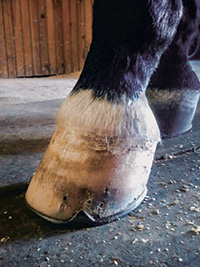 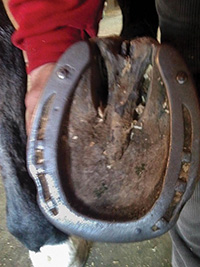 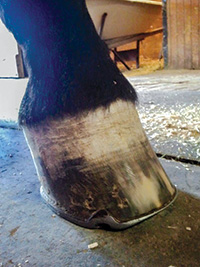 That’s right — including the fronts.

And that 3.5 club? Pistilli only needed one look to tell him the right front was really…

What advice has been most helpful when you first encounter a club foot?

Club Foot Are We Talking About The Same Thing?