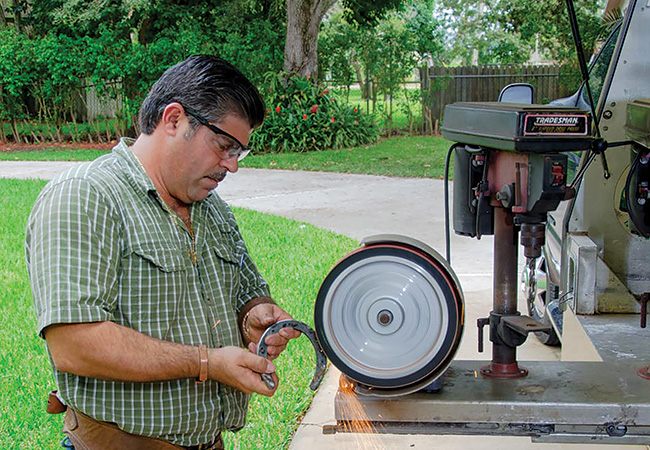 It seems today that many horseshoers found farriery after having careers in non-equine fields. The influence of that previous life emerges in their everyday work. A horseshoer who served in the military often is very disciplined in showing up to footcare appointments on time. Farriers with a background in accounting tend to closely mind the dollars and cents going in and out of their practice. You get the point.

Alexi Gutierrez is one such farrier. A trained commercial artist, he got into horseshoeing 24 years ago. He still has that artist mentality — as do many horseshoers even though they don’t consider themselves artists — in the way he sees what to take away and what to leave with each foot. Maybe Gutierrez doesn’t paint or draw for a living, but he combines that artistic mind with quality footcare.

He came into farriery through an unconventional way, without attending horseshoeing school or a formal apprenticeship. Gutierrez became interested in footcare after acquiring a buckskin-colored horse, which he appropriately named Buck. He studied under his farrier at the time and began to experiment trimming and shoeing on that horse. Thankfully the horse had great feet and an incredible amount of patience. He then began to work on ranch horses and slowly acquired knowledge and ability. 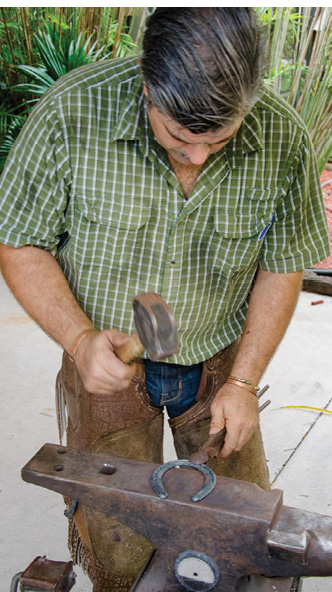