Nine state attorneys general is requesting a halt to a lame-duck session legislative solution to the constitutional flaws of the Horseracing Integrity and Safety Act.

Senate Minority Leader Mitch McConnell is pushing an amendment in a year-end spending bill that would correct the flaws that led it to be declared unconstitutional by the Fifth Circuit Court of Appeals. However, attorneys general from nine states are asking the Kentucky Republican to avoid using a lame-duck session to do so.

Citing the “enormous upheaval” caused when HISA was created by the 2020 lame-duck session, the top law enforcement officers in Arkansas, Indiana, Iowa, Louisiana, Mississippi, Ohio, Oklahoma, South Carolina and Texas asked McConnell in a letter to take a deliberate approach.

“Any further legislation regarding HISA should proceed through the ordinary course of deliberate consideration by the Senate Commerce Committee and the House Energy and Commerce Committee,” according to the letter. “On the impossible timeline of the Defense Spending Authorization Act, due care cannot be given to ensuring any amendments to HISA respect the founders’ design and allow states to retain control over an industry they successfully developed and regulated for centuries.”

In other HISA news, Patrick Reilly, farrier at the University of Pennsylvania, and Thomas Trosin, an Oklahoma City, Okla., farrier, have been appointed to serve on the Horseracing Integrity and Safety Authority’s Racetrack Safety Standing Committee and the Horseman’s Advisory Group, respectively. 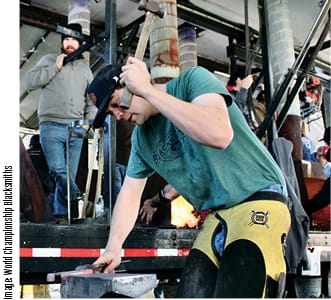