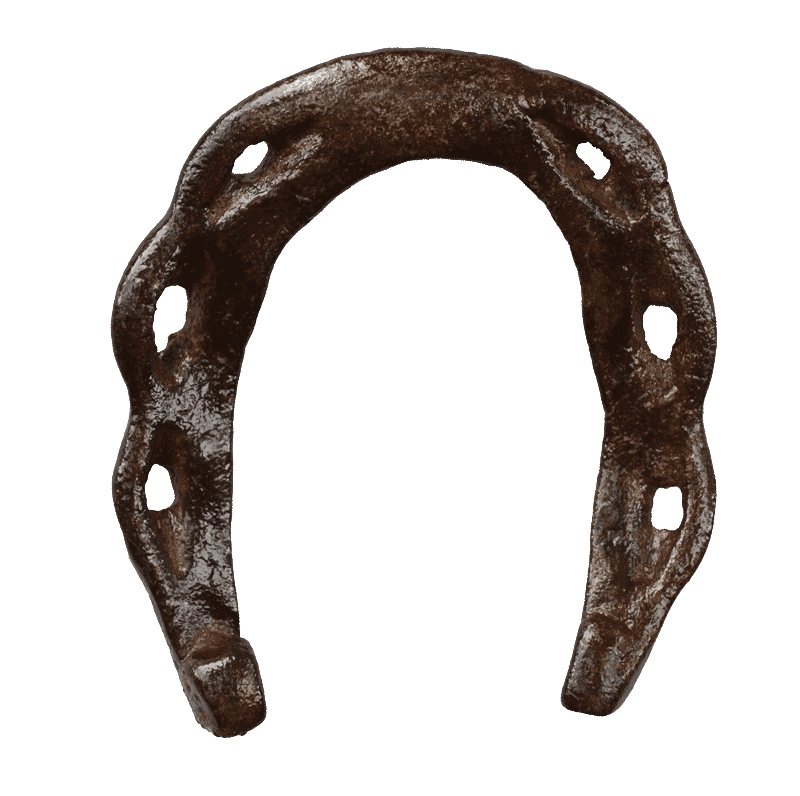 By Simon Curtis posted on December 2, 2022 | Posted in Education

Found near Bury St. Edmunds, Suffolk, England, this horseshoe now resides in the West Stow Anglo-Saxon Village, an archaeological site and open-air museum less than 2 miles from where I live.

I had the privilege to hold and photograph it during my research for The Hoof of the Horse. It is dated as Romano-British, the period of Rome’s occupation of Britain, usually 43 A.D. to 410 A.D. It has not been dated more accurately than that. This shoe has been lacquered, no doubt to protect it from further rusting. This, to my mind, is unnecessary, as it is kept in perfectly dry conditions. It is for a pony-size horse and is about 3 ½ inches across (87mm). Horses were much smaller, as were people, in Romano-British times. Later breeding increased their size.

It is thought that the very earliest horseshoes were made at about the time of Christ, so this is a very early example. It is often said that the Romans invented the shoeing of horses with iron and nails; they did not. It was either the Gauls in France or the ancient Britons. You can guess whose side I am on. Woven footpads and the hipposandal are temporary foot protections for sore-footed horses and would not be used for speed or long journeys.

The nail holes are larger than when originally made, due to rusting. Each nail head has a channel to slot into the shoe branch, almost like fullering or creasing, for just that nail…