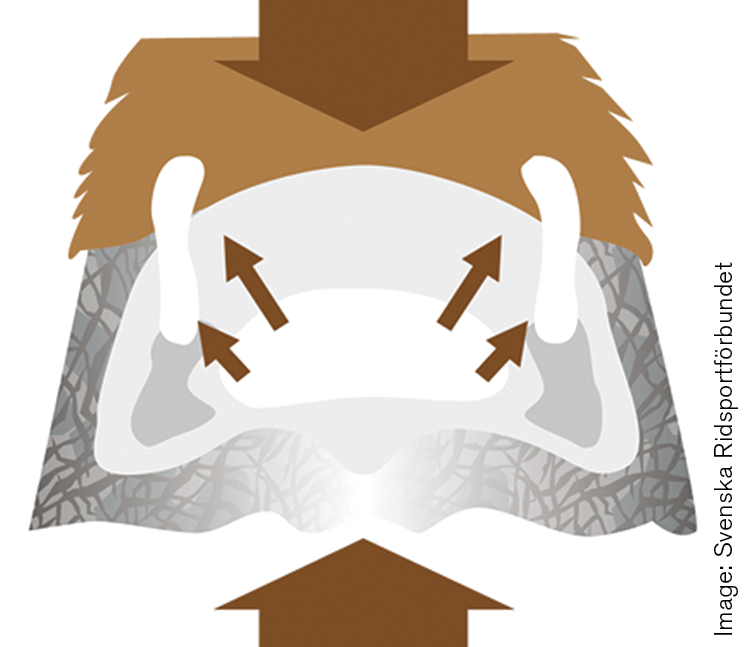 Preliminary results of a research project studying the movements and forces of shod and unshod horses find that “traditional iron shoes change the hoof’s ability to expand and contract across tracts, as well as the tracts’ ability to move up and down in relation to each other.”

The research team led by Lars Roepstorff, a professor at the Swedish University of Agricultural Sciences, is using high-speed cameras to study a group of horses that are ridden with and without shoes on the same indoor surface over fences.

“We see that the barefoot hoof allows more movement than the one with iron shoes,” Roepstorff says. “Among other things, we look at how much expansion and contraction can take place over the area, that movement is limited by the shoes. We cannot yet draw conclusions about the actual consequences of the hooves moving less with shoes — for example, blood circulation, load and shock absorption.”

It’s important to point out that the conditions that the horse is performing on is the primary consideration for whether the horse is barefoot or shod.

“The hoof material must not be worn down more than it is built up, nor must the horn be worn down in an unbalanced way,” he says. “Then the horse can become sore,”

The results of the research are expected to be released in 2022-23. Staffan Lidbeck, a Swedish veterinarian; Aksel Vibe, a Norwegian farrier; and Peder Fredricson, an Olympic gold and…