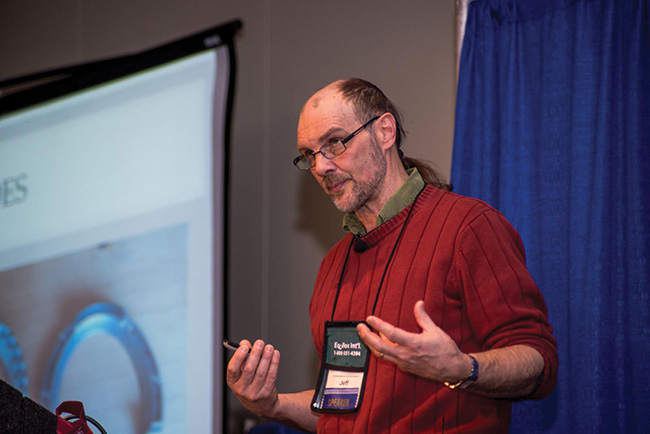 Farriers And Research: A Possible Role

When a farrier has trimmed and shod hundreds of horses thousands of times, it stands to reason that he or she will have reached certain conclusions about how trimming a foot this way, or applying a shoe in that way will affect a horse.

But that’s not the same as being able to prove it — at least from a scientific point of view.

That’s a sore point with many in the footcare community, and a frequent bone of contention between working farriers and those conducting research at veterinary schools or research laboratories. But some of those with a record of published hoof research agree that there are ways for farriers and other hoof-care professionals to make valuable contributions to this work that can help advance hoof-care knowledge.

Jeff Thomason, who has been conducting hoof research at the University of Guelph in Ontario for more than a decade, says it’s difficult for farriers to conduct research in the field, in large part because they have to satisfy their customers.