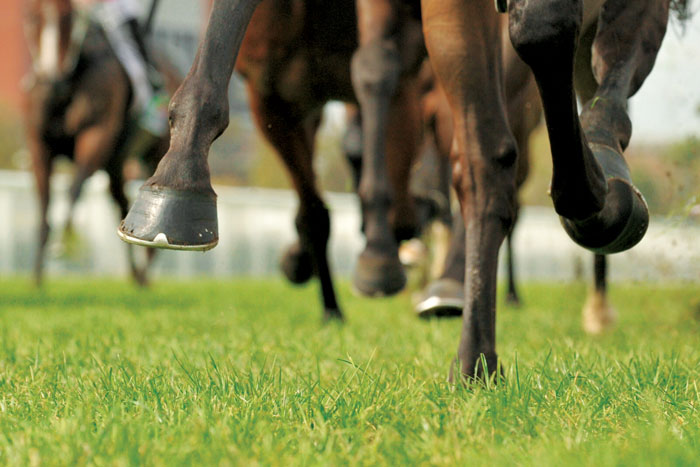 By Jeff Cota posted on September 4, 2022 | Posted in Disciplines & Breeds

Manufacturers and federal lawmakers push back against “chaotic implementation”

Following what four United States senators have called a “chaotic implementation” of the Racetrack Safety Program, the Horseracing Integrity and Safety Authority is considering more shoeing rules changes, a source close to the discussions has told American Farriers Journal

HISA officials are close to allowing “regular toe grab hind shoes,” and 2 mm front and hind toe grabs for both turf and dirt, the horseracing industry source says. It is not clear what is meant by “regular toe grab hind shoes.” It is also not known whether the Federal Trade Commission (FTC) has approved the latest changes. HISA does not have the authority to modify regulations, enforcement or deadlines.

The potential change comes after HISA announced July 29, just days before Rule 2276 was to take effect Aug. 1, that it “shall not enforce traction rules for horses racing on dirt surfaces that are shod on hindlimbs with traction devices in the form of either a full outer rim shoe (up to 4 mm in height) or a toe grab (up to 4 mm in height).”

The source says HISA views the 4 mm toe grab rule as a mistake and appears willing to rescind it. The federal agency’s representatives mistook a low-toe front shoe for a hind shoe while writing the rules, according to the source.

The decision came a month after a bipartisan quartet of U.S. senators questioned the “chaotic implementation and poor communication” of the Authority, as well as whether the FTC has the…