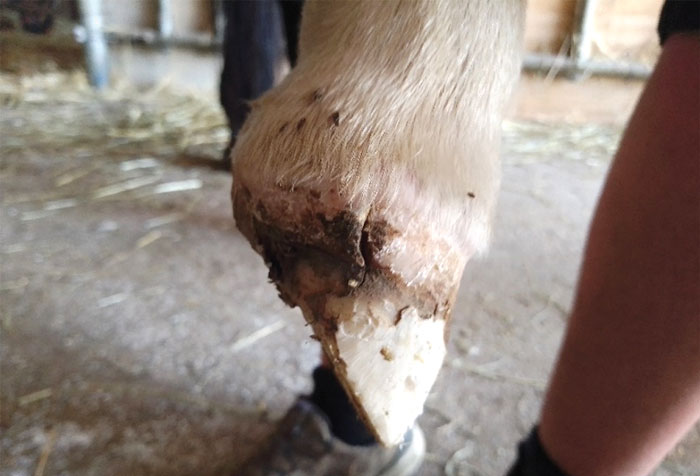 By Jenny Hagen posted on September 3, 2022 | Posted in Therapeutic Shoeing

Proper handling and care is necessary for efficient and successful results

Clubfoot is a congenital or acquired distal interphalangeal flexural deformity of the toe. In general, a clubfoot can be defined as a hoof that meets the ground at an angle greater than 60 degrees

This limb deformity occurs with an upright or straight tubular appearance of the foot combined with narrow and contracted heels, giving a “club-like” look. The degree of clubfoot and the clinical presentation can range from a mildly upright and a small hoof with a dorsal hoof wall angulation more than 60 degrees to a toe that is buckled forward with an angle greater than 90 degrees at the distal interphalangeal joint (coffin joint). In severe cases, destruction of the dorsal hoof wall, sole pressure, hemorrhages and pedal osteitis occur.

This limb deformity has been classified into two stages. In stage one, the hoof axis is less than or equal to 90 degrees. In stage two, the angle of the dorsal hoof wall to the ground is greater than 90 degrees. Other classifications are divided into four grades.