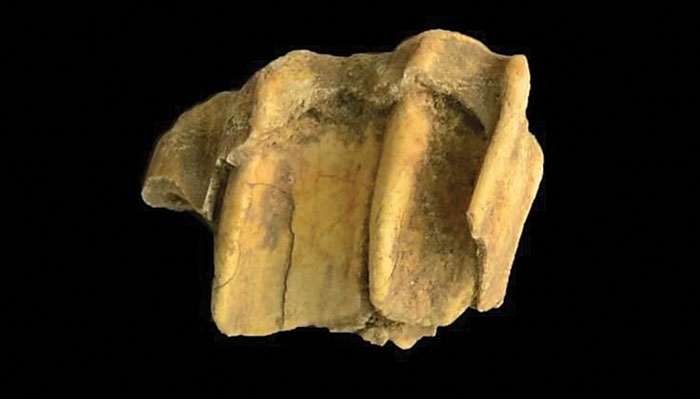 New evidence has bolstered a once popular theory about when the first domesticated horses arrived in North America. Researchers from the Florida Museum of Natural History made the discovery partially by accident. Nicolas Delsol, the lead researcher, was initially studying how cattle were domesticated on the continent, but a case of mistaken identity regarding a cow’s tooth led Delsol to offer credence to a widely-held theory of the origins of feral horse herds along the Atlantic coast.

“It was a serendipitous finding,” says Delsol. “I was sequencing mitochondrial DNA from fossil cow teeth for my PhD and realized something was very different with one of the specimens.”

The specimen that drew Delsol’s attention was a fragment of an adult molar, but it was not from a bovine as Delsol originally thought. Instead, the tooth had come from a horse.

When Delsol sequenced the DNA and started comparing it with other samples, he was intrigued to find that the horse’s closest biological relatives were members of a horse herd from Assateague Island, off the coast of Maryland and Virginia. While scientists have known for years that feral horses roamed those islands, there was never a definitive explanation for their origins. Delsol’s research may answer some of those outstanding questions.

The results of the DNA analysis unequivocally point to Spanish explorers as being the likeliest source of the horses on Assateague, Delsol explains.