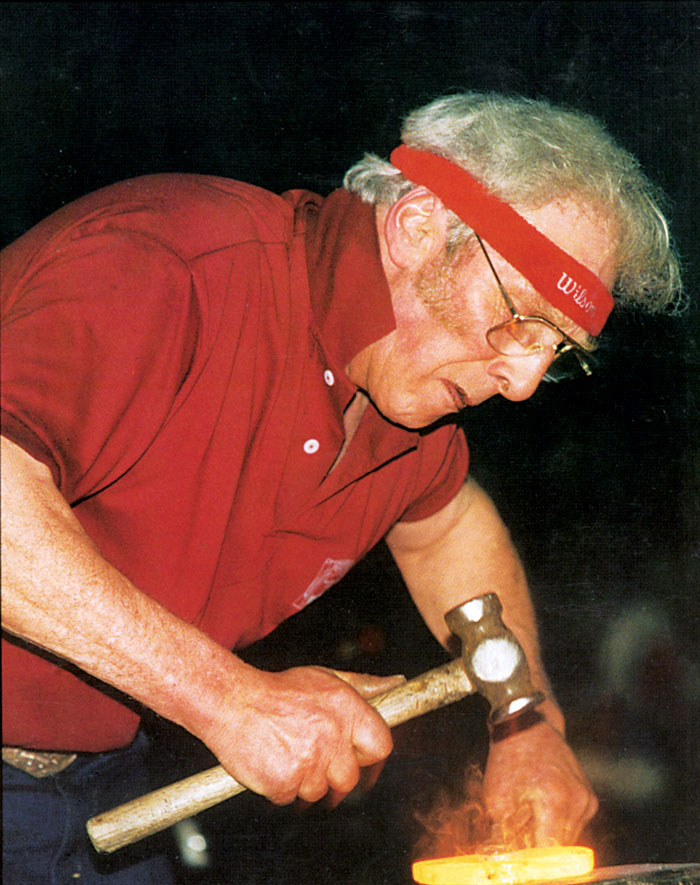 Hall of Fame farrier made his mark in competition and leadership

An active competitor, Wilson won many shoeing and forging competitions, including 13 gold medals at the Royal Highland Show. He won the World Championship Forging title in 1985. In 1986, he won both the blacksmith and forging world titles.

Wilson was a Fellow of the Worshipful Company of Farriers, an examiner for the British Farriers Registration Council, an officer of the National Association of Farriers, Blacksmiths & Agricultural Engineers and a member of the American Farrier’s Association. In 1983, Wilson was presented with the British Empire Medal for outstanding services to farriery in Scotland. He served as the president of the British Farriers and Blacksmiths Association from 1995-97. A memoir of his life, Sparks From the Smiddy, The Life Of A World Champion Farrier, was published in 2015.

He was inducted into the International Horseshoeing Hall of Fame in 1995.

Dave was virtually unbeatable in shoeing contests. His eye for symmetry in a horseshoe was amazing, as was his attention to detail and his sheer skill.