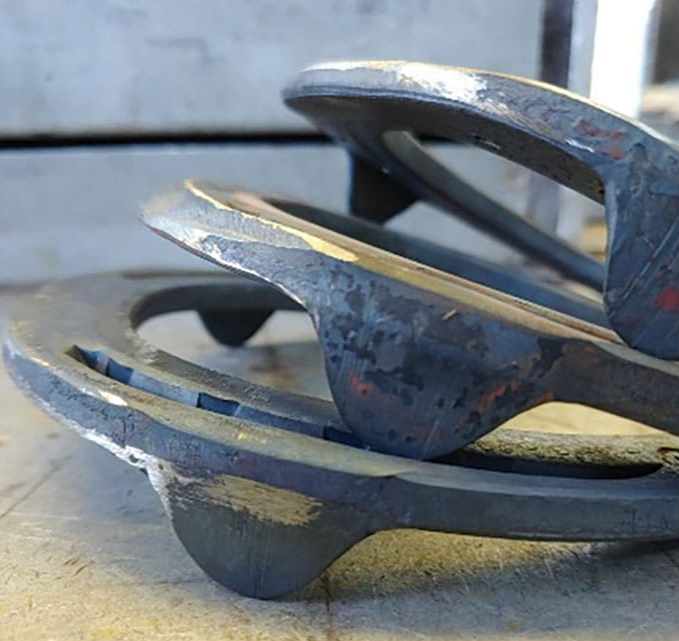 Abstract of the Study

The reason for performing this study: Breakover is a mechanically important part of the stance phase during which the horse prepares for the swing phase. It is the time between the heel leaving the ground until the hoof or hoof appliance, such as the shoe, leaves the ground during the terminal stance phase. This study will provide a better understanding of toe surface modifications and their impact on the speed of breakover, allowing the farrier and veterinarian to make better shoe choices based on evidence to which extent common shoe modifications influence this important part of the stance phase.

Methods. Small hoof-mounted accelerometers were attached to the hoofs of six sample horses. Each horse was examined on two surfaces (hard and soft) with three conventional shoe surface modification, (regular toe, rolled toe and rocker toe shoe), recording data for 10 seconds at 1,024 Hz. Data was exported to Excel3 and further evaluated with SPSS, version 261. A mixed model was implemented, with horses as random factor and shoeing conditions, and surfaces as the fixed factors. Level of significance was set to P<0.05 and a Bonferroni post hoc correction was used to test for pairwise significant differences between shoeing conditions.

Results. The results suggest that shoe surface modifications such as the rocker toe shoe do impact breakover…

Premium content is for our Digital-only and Premium subscribers. A Print-only subscription doesn't qualify. Please purchase/upgrade a subscription with the Digital product to get access to all American Farriers Journal content and archives online.
KEYWORDS Farrier Research how do I change breakover how do I speed up breakover modifying horseshoes Stephen Teichman is a retired farrier based in Unionville, Pa. He was a farrier for 45 years, including many years as a farrier for the United States Equestrian Team. This research was conducted as part of the Royal Veterinary College’s Equine Locomotor Research program for farriers.

How to Affect a Gait Problem

How Do Adhesives Affect Hoof Wall?