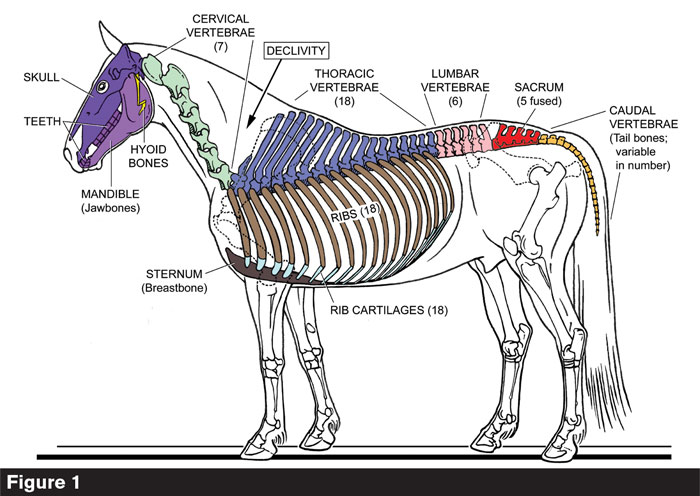 How the Horse Exchanges Energy in its Hind Limb

By Deb Bennett posted on December 29, 2021 | Posted in Anatomy, Lamenesses

Making the connections between the spine, stifle and hooves

Fifth in a Series

At the most fundamental level, reciprocation means energy exchange between linked parts of a biomechanical system.

We learned in the previous installment that the horse’s hind limb joints are tied by anatomical straps (in the form of tendons and muscles with tendinous cores) so flexion and extension must occur in coordination. This does not concern the stifle and hock joints only. From the top down, the joints that participate in reciprocation are the lumbo-sacral (L-S) that connects the lumbar spine to the sacrum, the hip socket, stifle, hock, fetlock and coffin joints (Figures 1, 2, 5, 6, 7, 8). In addition, there are joints in the horse’s hind limb, such as the sacro-iliac (S-I), the joints between the tibial and fibular tarsal bones and those between…

Thoughts On Farriery Associated With The Hind Limb Of The Horse