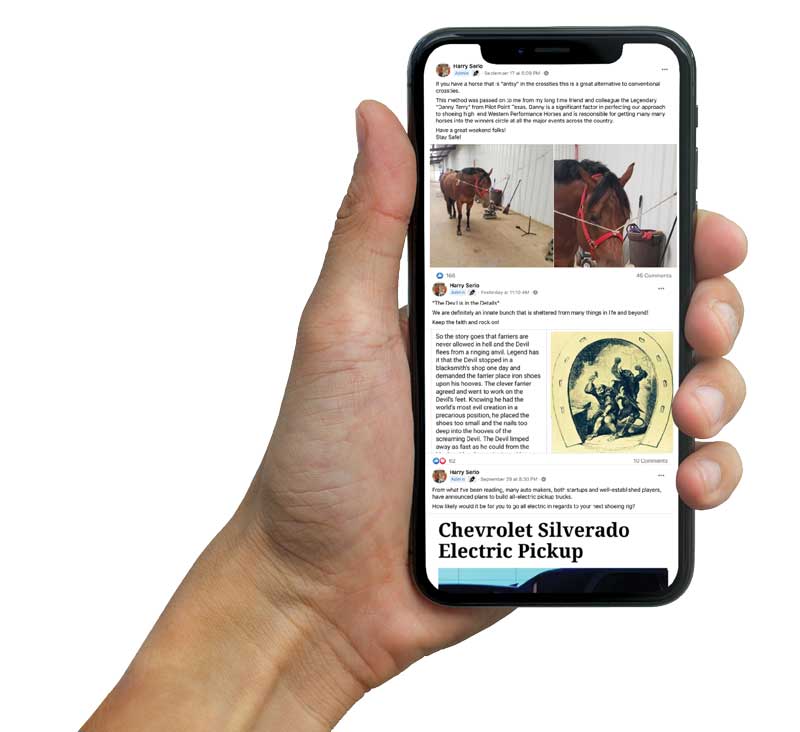 Platforms offer benefits for your business and industry, but poor conduct can be costly

Finksburg, Md., farrier Harry Serio resisted upgrading from a flip phone to a smartphone until 2016. While Serio doesn’t consider himself a tech-savvy person, he’s learned his way around the phone, although he says it has more functions than he knows (or cares to know) how to use. Purchased mainly for GPS capabilities, Serio soon discovered several Facebook groups for farriers and joined the conversation.

“I requested to join several of them and got to be pretty active with a few,” he says. “As time went on, I noticed a lot of things going on in some of the groups that I didn’t care for. There was a lot of farrier bashing and some came across as wanting to be the smartest person in the room.”

While the information he learned from farriers posting around the world was eye-opening, the negativity and disrespect were frustrating. His response was the creation of a group he called Farriery 101 Professional Discussions in March 2020. It’s since grown to more than 8,000 members and sees frequent posts daily.

“The group doesn’t have a lot of rules,” he says, “but I’ve made it clear…

Give Your Practice A Technological Advantage

Choose a Business Entity that’s Right for You