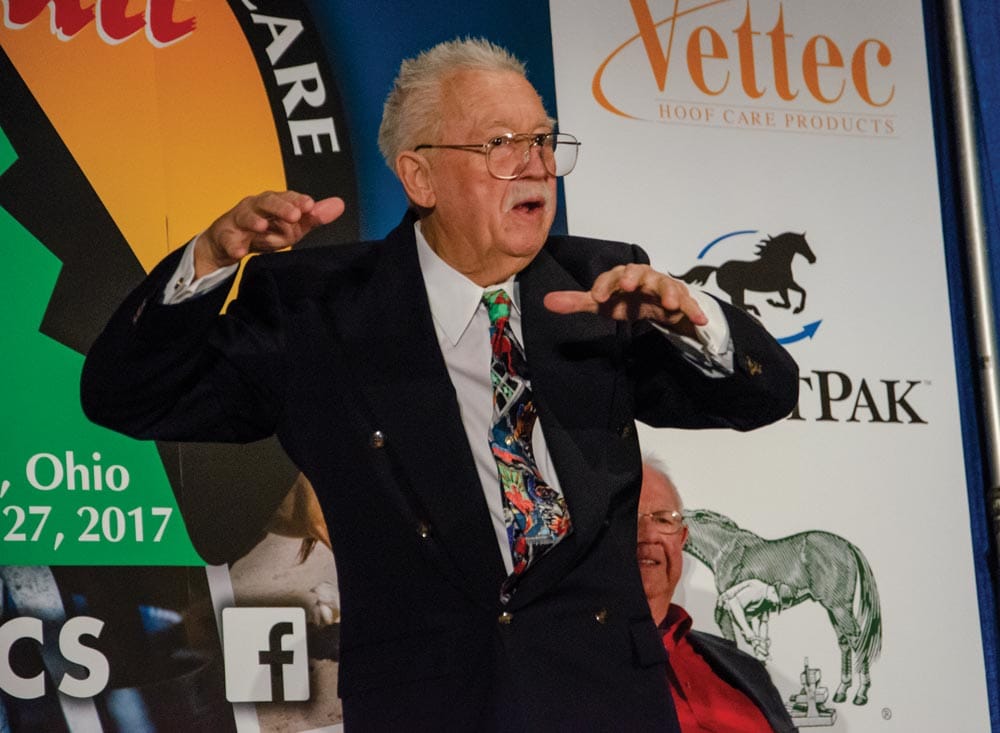 Innovative horseshoer pioneered the designs of anvils and tools

Gatski, 79, left an indelible mark on the industry with tool innovations such as the Gunner hammer, bent anvil, cams, ergonomic tool handles and forge design.

His skills stood out among his peers as an early member of the American Farriers Team. Gatski was a fierce competitor at the highest level, but always shared his knowledge openly.

Gatski was inducted into the International Horseshoeing Hall of Fame in 2017.

Gunner was brilliant. He popularized the idea of cams on an anvil. When he hurt his wrist, he wasn’t able to hold his shoe steady, so he ground a cam in his anvil.

He came up with Gunner hammers, which are now being made in various weights and are incredible.

He worked on the anvil all the time. It had to have the right ring to it. One time, he pulled the bolts out of it and he poured lead into it. He poured lead into the legs, as well. It was so heavy, but he did it to deaden the ring of the anvil. He always wanted the tools to be perfect.

Gunner was always a forward thinker from being one of the first to back up feet to the way he made shoes to cutting the anvil and bending the horn.

Backing up feet was huge. It changed the industry. A Thoroughbred back then…