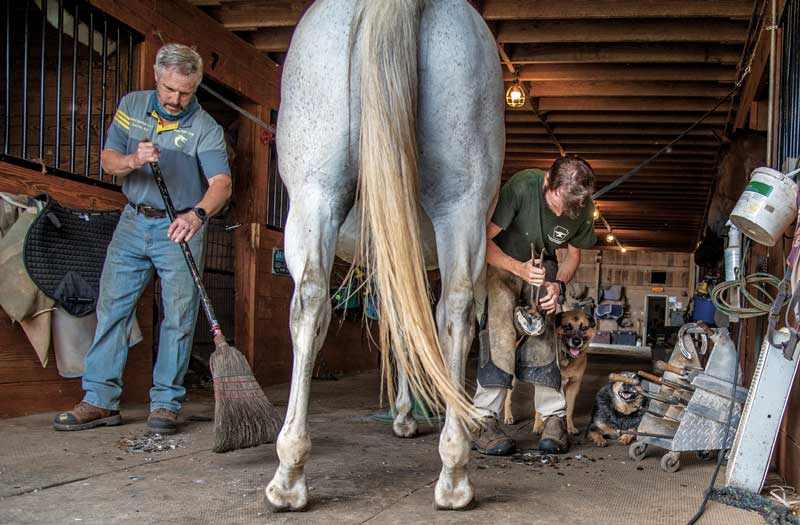 By Jeremy McGovern posted on August 1, 2021 | Posted in Business Practices
Pictured Above: West Chester, Pa., farriers Dave Werkiser (left) and Jason Hillman (right) say it may be beneficial to have a prospective helper ride with you without promise of payment until you can gauge their reliability and helpfulness.

Eventually he agreed and McGrane joined his practice. Over time, she proved Werkiser made the right decision, and McGrane has established a solid practice in Chester County, Pa. Over the years, the two have shared helpers who have gone on to also build practices or are still working with them.

Werkiser and McGrane shared their thoughts on the most important traits to uncover before taking on help. Along with fellow West Chester farriers Jason Hillman and Tanner Ernst, they identified four traits that junior farriers should bring before joining a practice.

1 You Must Have Horsemanship

McGrane says an apprentice should be someone who is comfortable around the horse. The group felt that because it is largely…