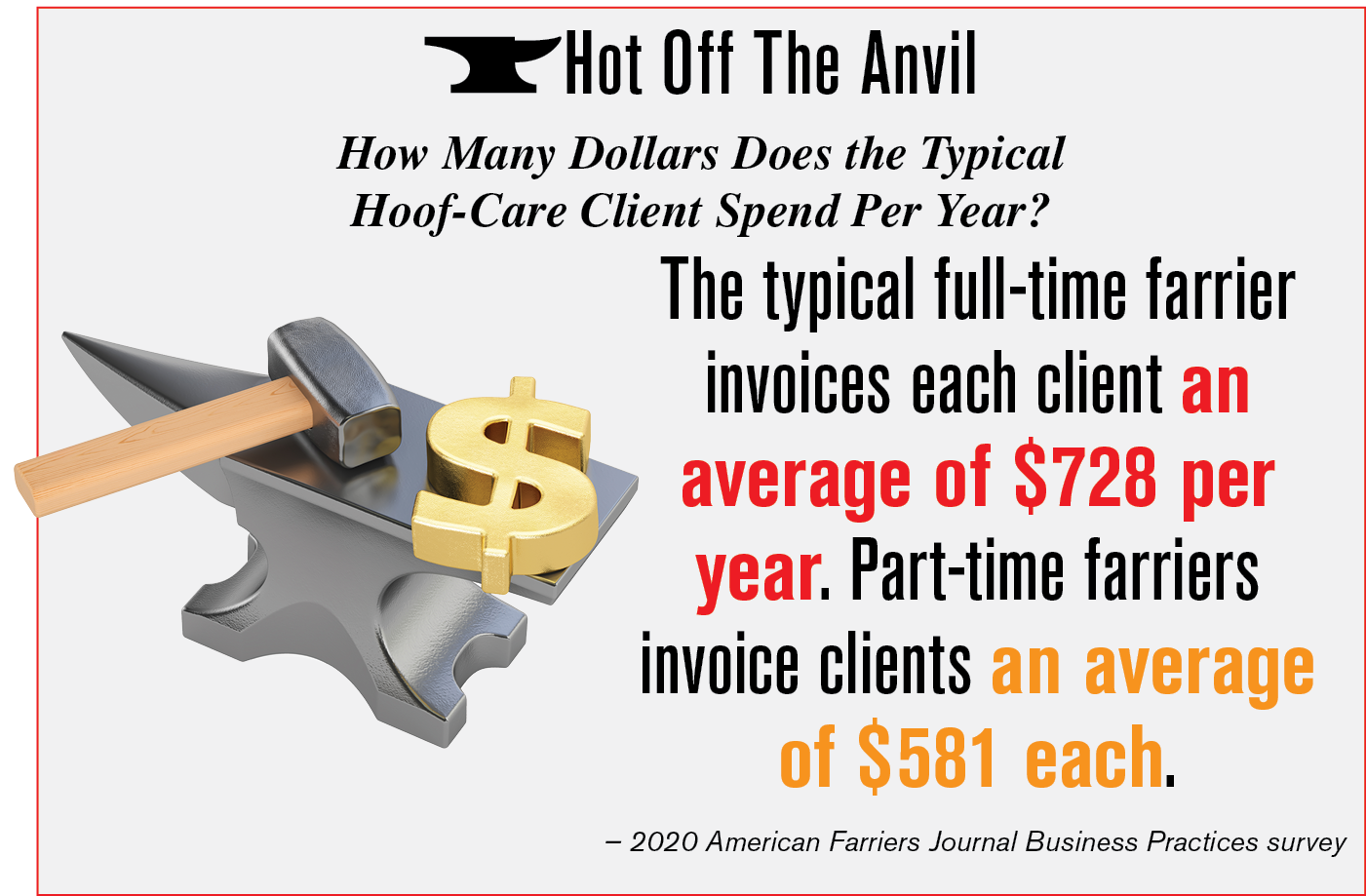 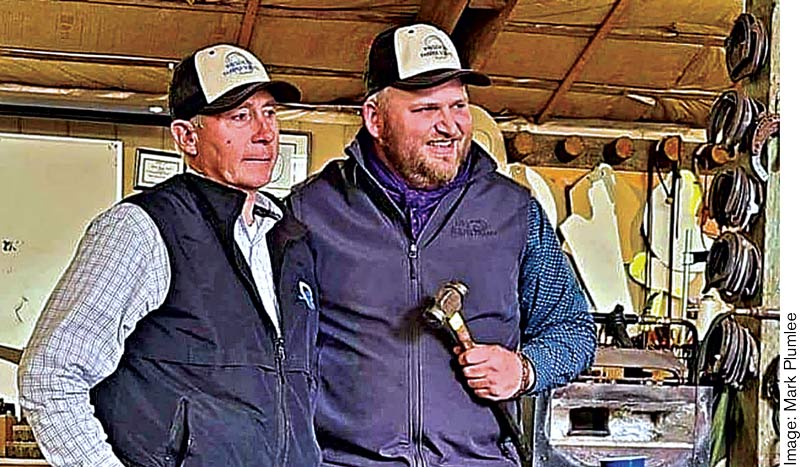 Mark Plumlee, left, passes the hammer to Teddy Franke during an announcement of new ownership of Mission Farrier School. Franke will move operations from Snohomish, Wash., to Wamic, Ore.

The reins of a farrier school in the Pacific Northwest are being handed to a new leader after a quarter of a century.

On the heels of graduating their latest class, Mark and Karen Plumlee announced that Teddy and Lizz Franke will be the new owners of Mission Farrier School and move operations from Snohomish, Wash., to Wamic, Ore.

“Twenty-five years ago, I set a goal to develop the best farrier education program in the country,” Mark Plumlee says. “Three key ingredients have brought us much success: Better horsemanship, traditional craftsmanship and a more relevant farrier science — one that puts the needs of the horse first. I named it Mission Farrier School and 25 years later — mission accomplished. I will still be involved for as long as they need me. Mission Farrier School will be in good hands, and we are excited for the future.”

“Meredith Manor regrets that it is no longer able to continue its operations due to declining enrollments and lack of funding,” the school announced in a statement…