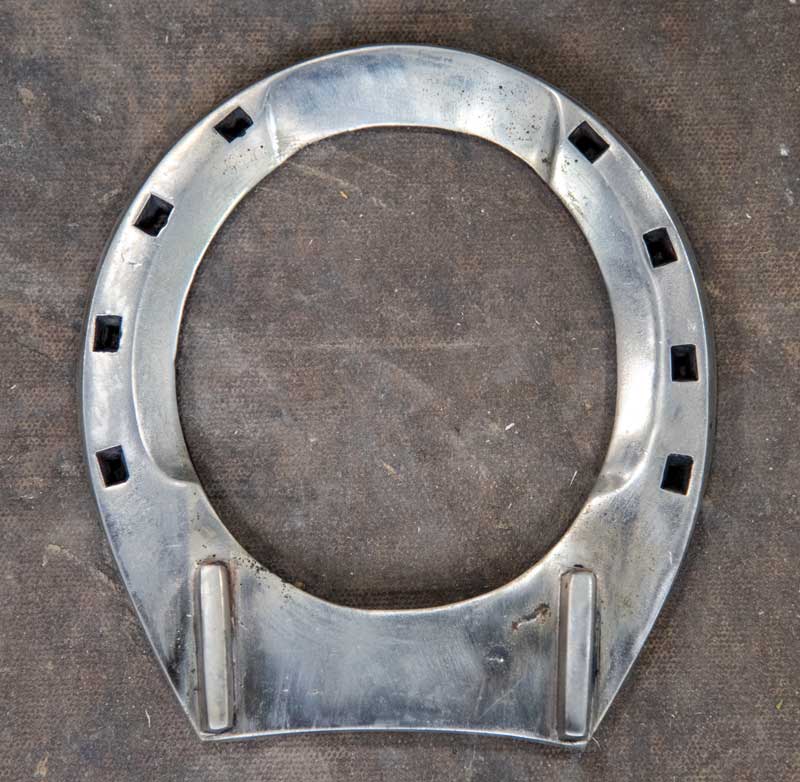 When a horse working on pavement was forging around the turn of the 20th century, it was imperative to correct it as quickly as possible. After all, there was work to do and a serious foot injury must be avoided. A farrier during this time period likely went to the anvil and forged a recessed bar shoe to solve the problem.

“A good front shoe for a forger, with a heavy heel and the light scooped toe, as this makes the shoe very light at the toe and heavy at the heel,” according to Henry Asmus in “Horseshoes of Interest to Veterinarians,” which was written for a New York state report in 1917-18. “As a result, you will increase the knee-action and the animal will clear his gait.”

The bar shoe, which is part of the Cornell University Farrier Program collection, features a seated toe and wedged heels. 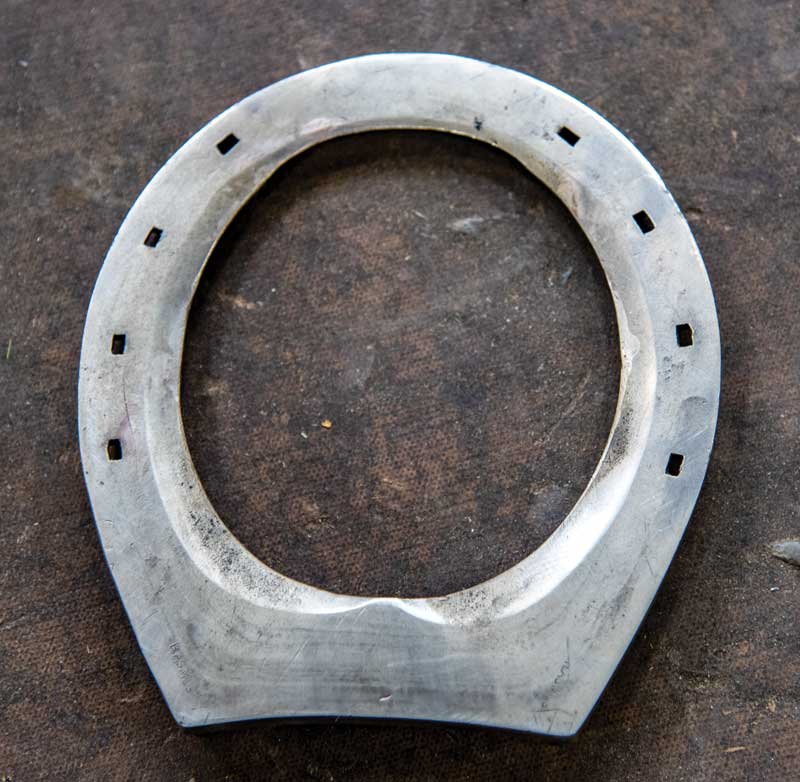 “It provides plenty of support in the back of the foot,” says Steve Kraus, senior lecturer of Large Animal Surgery and head of Farrier Services at Cornell’s College of Veterinary Medicine. “It’s fairly heavy back there. It has nice in-line calks and they’re tapered to elevate the heels. The foot surface is deep seated for sole relief.”