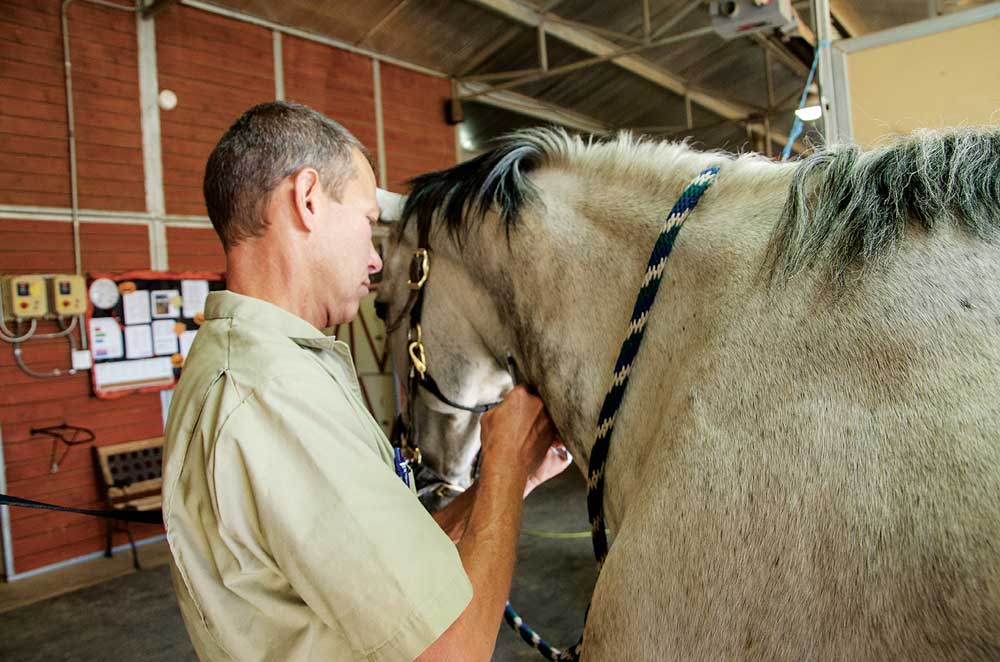 Farriers Should Not Sedate Clients’ Horses

An improper injection can lead to significant medical and legal liabilities

Pictured Above: Scott Toppin, an equine veterinarian from Littleton Equine Medical Center in Littleton, Colo., administers a sedative to a horse before a farrier performs hoof care. To avoid medical and legal liabilities, a farrier should always rely on a veterinarian to inject sedatives.

Sedation during hoof care is a trend New Hampshire-based farrier Mary Bramley is seeing used more frequently. Predominantly, it is used for safety reasons, but Bramley also has seen farriers use it to train horses to stand and others who lean toward sedation on larger accounts because it allows them to get the job done faster.

“The harder and longer you have to fight with a horse giving you a hard time, the tougher it is to do a decent job,” she says. “I think when sedation is under the proper standards and circumstances, it’s a good thing for the horse and everybody involved.”

But it’s not foolproof. Under sedation, horses are still aware of what is going on around them. Horses can also “wake up,” kick out or spook without warning. The reaction might be sparked by…

Should Farriers Give Clients Tack Advice?

It’s Not All One-Sided For Farriers Or For Horses