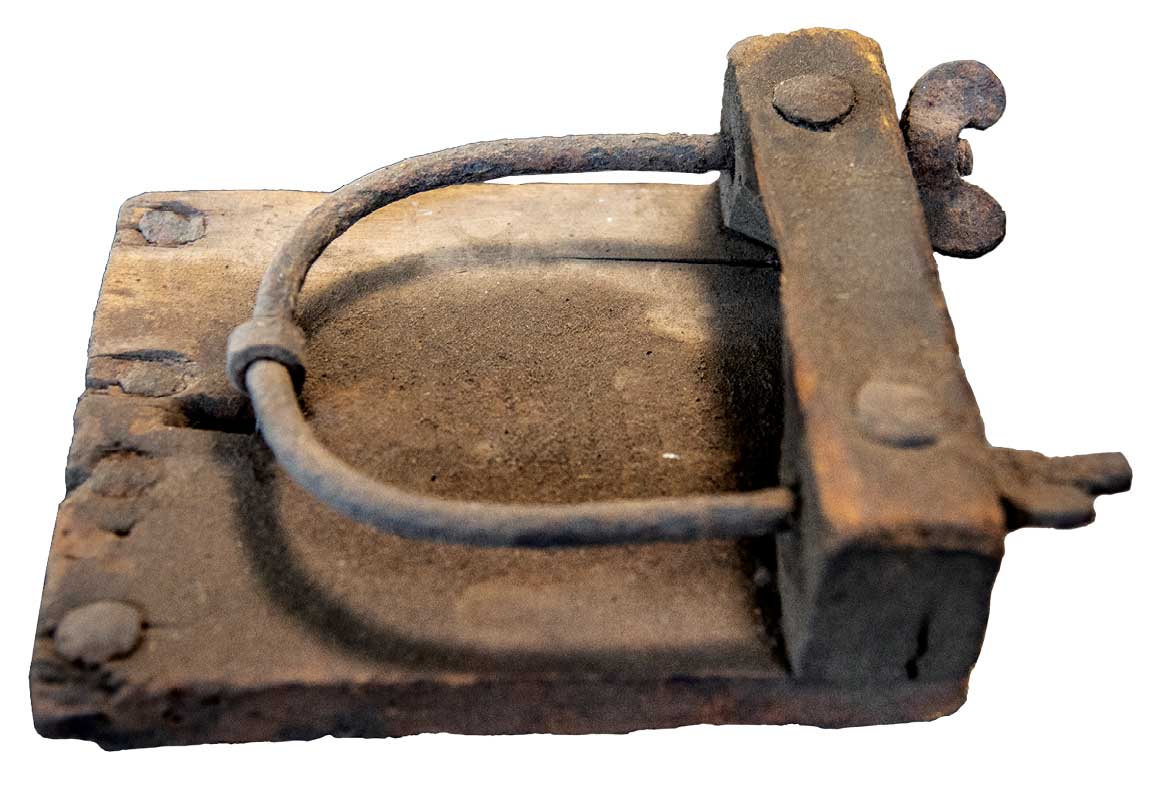 Horses once were used extensively to farm a variety of crops. While many might conjure an image from years gone by of horses plowing dry fields, they also were employed to harvest crops from soggy tracts of land.

This wooden mud or swamp shoe, which is part of the historic collection at the Cornell University Farrier Shop, was applied to horses’ feet to prevent them from sinking while working in the cranberry bogs of Massachusetts, says Michael Wildenstein, a member of the International Horseshoeing Hall of Fame.

Since cranberries have pockets of air inside the fruit, they float in water. Bogs are flooded to help remove the fruit from the vines. Water reels, known as egg-beaters, are used to stir up the water in the bogs, dislodging the berries from the vines. The cranberries float to the surface where they can be collected.

“The design of the shoe varies, depending on the area of the bogs,” says the Sharon, Vt., farrier. “Local traditions and the makers’ ingenuity to adapt to the soil type and working conditions affected shoe styles. The styles of shoes in the cranberry bogs of Nova Scotia are very different from those in Massachusetts.”

Although many shoes were made from wood, manufacturers made metal shoes that clamped onto specific brands of commercially available horseshoes. The wooden shoes were attached to the hoof with straps of leather or metal.

“The shoes were also used in the onion fields of Western New York, which consists of deformable, deep, black…

Premium content is for our Digital-only and Premium subscribers. A Print-only subscription doesn't qualify. Please purchase/upgrade a subscription with the Digital product to get access to all American Farriers Journal content and archives online.
KEYWORDS what is a mud shoe? What is a swamp shoe?

Magico & Maximus: How I Built the Steel Stallions from the Ground Up