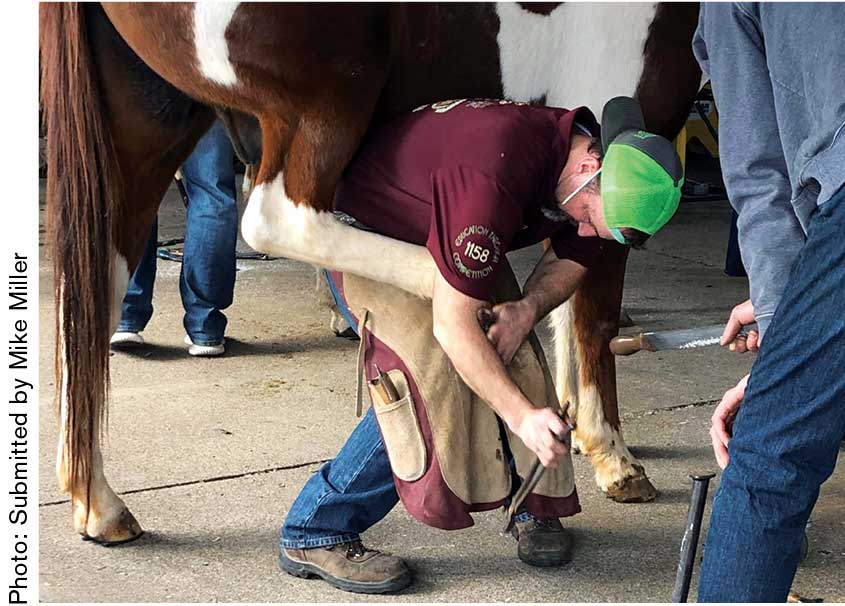 April 5, 2021
Pictured Above: Mike Miller was the recipient of the American Farriers Journal “Most Improved Award” for the 2020 World Championship Blacksmiths season.

4 Lessons for Improving as a Competitor

It might be hard to believe now, but there was a time when Virginia farrier Mike Miller was too intimidated to compete in shoe-making contests. Miller, who was awarded the American Farriers Journal “Most Improved Award” at the conclusion of the World Championship Blacksmiths (WCB) 14th season in December, always admired the skills of the competitors around him, but for many years believed such a high level of skill was out of reach for him.

“I always wanted to do it, but I didn’t know a thing,” he says. “I shod with keg shoes; I bought everything. I watched guys around me making these shoes and thought they were great — but it wasn’t something I could do.”

He finally took the plunge in 2018, while preparing for the Certified Journeyman Farrier exam. He reasoned that since he already was making shoes as part of that certification process, he might as well enter the World Championship Blacksmiths novice division at the contest in Las Vegas, Nev.

“It can be scary to put yourself out there, but the certification process got me used to people judging my work,” Miller says.

He ended up winning the division. Here are four lessons he learned.

1. Approach each shoe element individually. Practice has been key to his improved performance in the fire. Miller competes in…