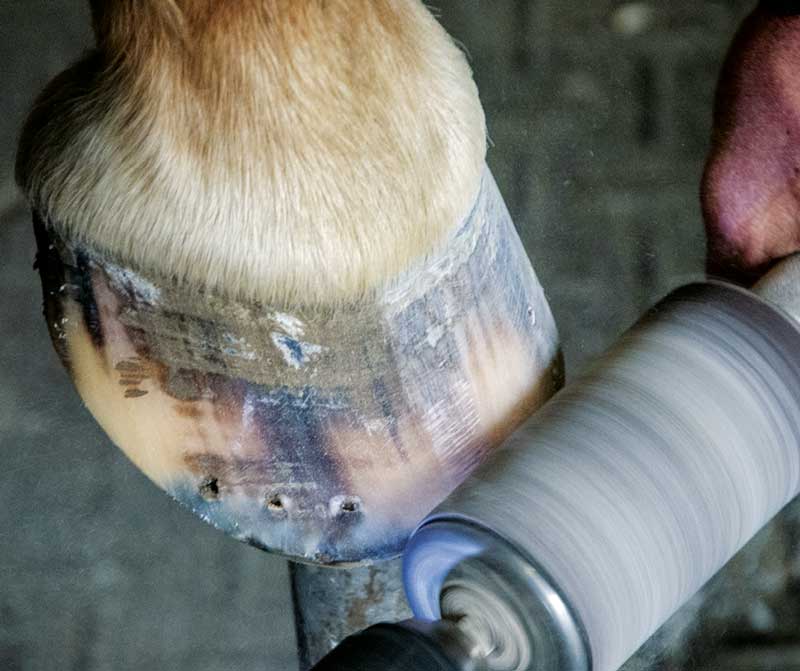 Should Farriers Avoid Removing the Periople?

The membrane protects the hoof, but it could be at risk for infection

Pictured Above: Two-thirds of farriers responding to an American Farriers Journal survey say they avoid removing the periople while dressing the hoof because of the risks of damaging the integrity of the capsule

When asking a farrier about his or her philosophy on any number of hoof-care tasks — trimming protocol, shoe fit, even shoe or nail choice — the answers are largely unpredictable because they vary widely. However, when asking farriers how they regard the periople, they fall into one of two camps — those who avoid it and those who remove it.

According to an American Farriers Journal survey, 67% of farriers say they avoid removing the periople while 33% do not avoid it.

The Case for Avoiding the Periople

The periople, or limbus, is an enveloping layer of membrane “between the skin and the hoof that forms the softer horn of the stratum externum.”1 In the early stages of development, this protective covering is soft to help prevent the coronet band from becoming bruised during the weight-bearing phase of stride2 and holds moisture in the foot.3

While it serves multiple functions, its role in preserving the integrity of the…

Premium content is for our Digital-only and Premium subscribers. A Print-only subscription doesn't qualify. Please purchase/upgrade a subscription with the Digital product to get access to all American Farriers Journal content and archives online.
KEYWORDS benefits of the periople periople infections purpose of the periople removing the periople

What Farriers Should Know About the Law on Defective Products