It’s more than just the feet, as professionalism and business management practices are also a major concern when owners decide to change farriers

Out of the blue, a client texts to say they’ve found another farrier. They may have a reason, whether good or bad, and explain to you why they’ve decided to switch farriers. Or you may never know why they made a change.

To collect insights on why some farrier-owner partnerships fail, the American Farriers Journal staff recently surveyed horse owners who decided to change farriers within the last 3 years. The electronic survey was emailed to several lists of horse owners and was also posted on Facebook and Twitter.

This survey was based on a similar one conducted in 1993 by International Horseshoeing Hall of Fame member Bob Smith at the Pacific Coast Horseshoeing School. In a future article, we’ll compare the 1993 and 2020 data and look at how horse owner attitudes have changed over the past 27 years.

Nearly 1,500 horse owners answered our 2020 American Farriers Journal survey. As it turned out, many owners were eager to share the concerns that led to changing footcare personnel. 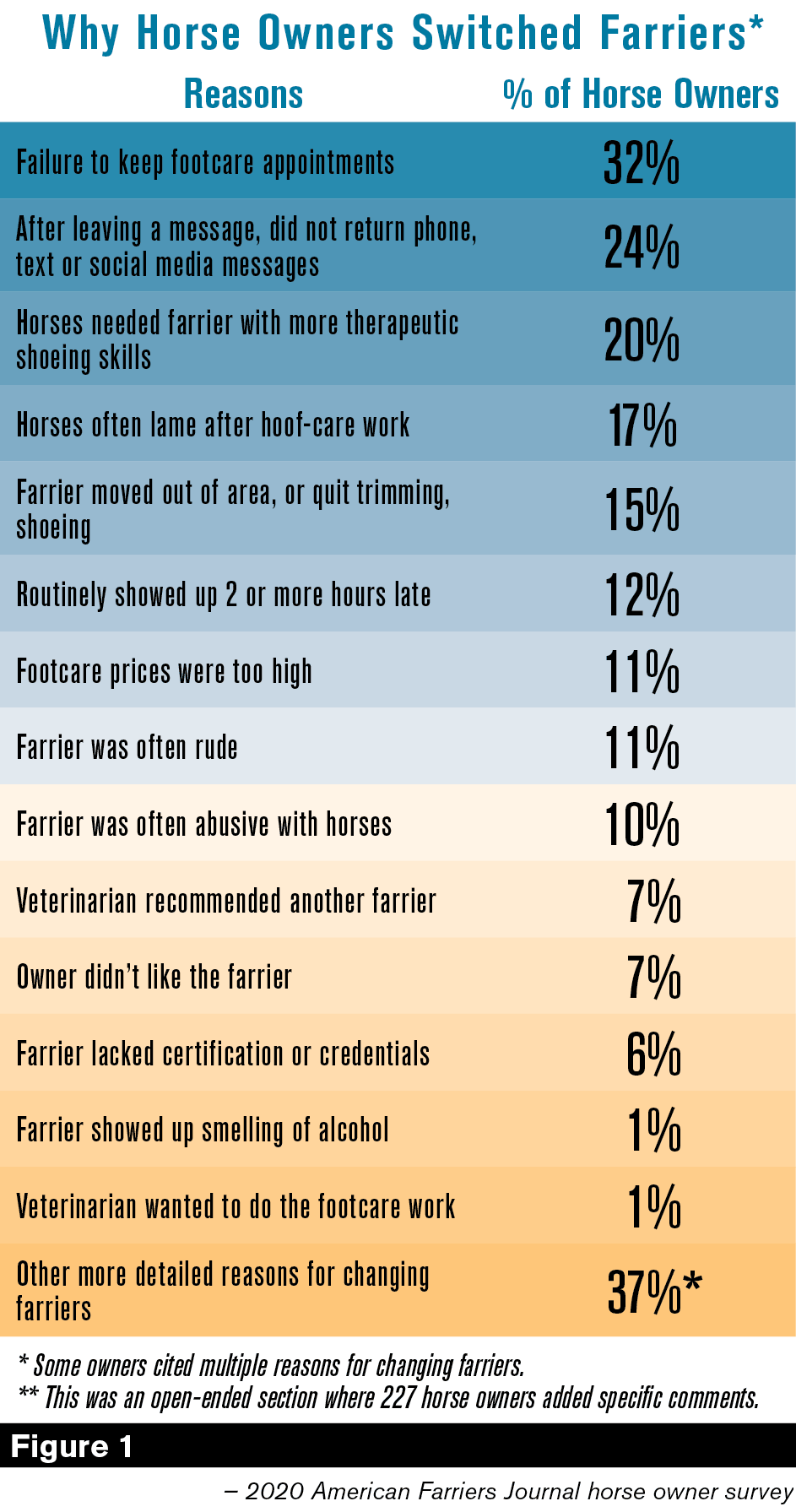 Why Horse Owners Switched Farriers | How Much Do Farriers Charge for Extra Shoe Work?