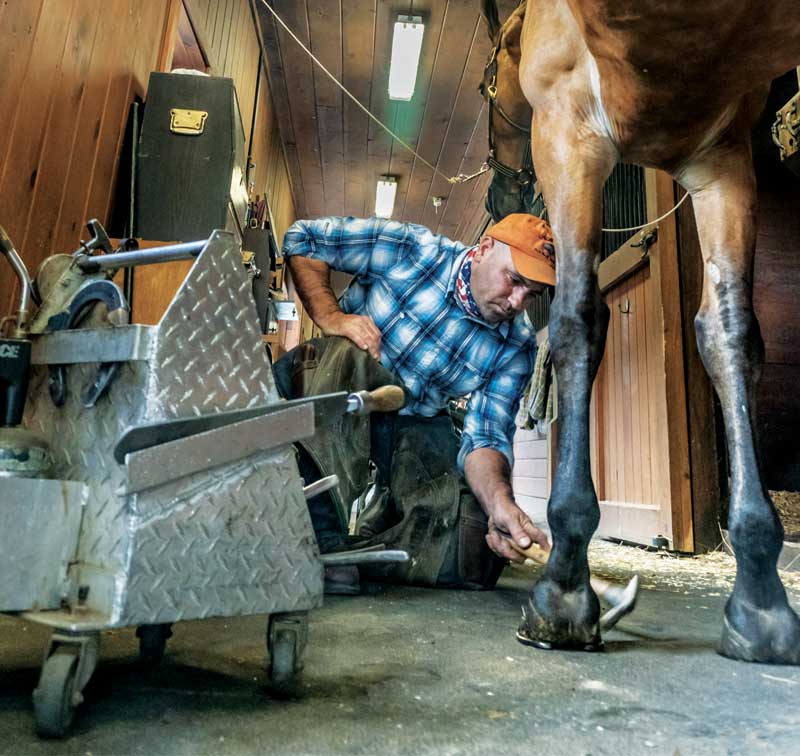 Farriery is in the Galli family blood. The family’s shoeing legacy dates back to Fondi, Italy, when blacksmith Orazio Savocchio immigrated to Millbrook, N.Y., in the early 20th century. He changed his name to Galli — another family’s name back in Fondi — because the longer name was difficult for non-Italians to spell or pronounce. His son Louis continued into the trade, later passing the torch to his son Paul. Fourth-generation farrier Justin Galli carries on the family tradition, following his father into the trade about 25 years ago.

Justin Galli spent about 6 years learning under his father before venturing out on his own. He recognizes the advantage this provided him because the early mistakes made as an inexperienced farrier rather than working under a respected farrier with high-end hunters and jumpers. A damaged reputation in that world would be difficult to recover from and succeed. Looking back, the younger Galli says those early years also taught him valuable lessons other than those learned under the horse.

“Working with him helped me understand how to…