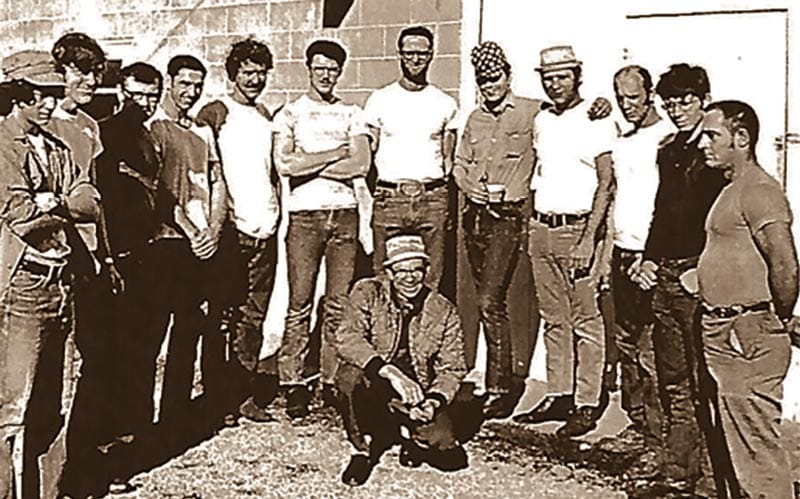 Pictured Above: Lester Hollenback (kneeling, center) founded the Midwest Horseshoeing School in Macomb, Ill., which he ran until 1971. This photo is with his last class.Photo: Submitted by Linda Hofffman

The shoeing story of the Macomb, Ill.-born Hollenback has been an illustrious one — spanning decades and continents. It started when Hollenback was 16 years old and he first learned the trade from his father Earl. He would eventually pass the trade on to his own son, Johnny. Hollenback and his wife Betty Mae also had two daughters — Sandy and Linda.

“Horseshoeing was his life’s work and he just enjoyed it,” says Johnny Hollenback, who has been shoeing for 30-plus years. “He enjoyed the people as much as the work and he was able to work with a lot of good horsemen.”

Hollenback served in Burma during World War II as a part of Merrill’s Marauders (a famous infantry troop), walking 15 miles a day, fighting the enemy and then shoeing mules at night. After his cavalry days were over in 1947, he returned to the United States to begin a domestic shoeing career at Hayes’ Fair Acres Stables.

In 1965, Hollenback founded the Midwest Horseshoeing School in Macomb, Ill., which he ran until 1971. At the time, it was the only school of its kind in Illinois, and only five other schools existed in the United States…