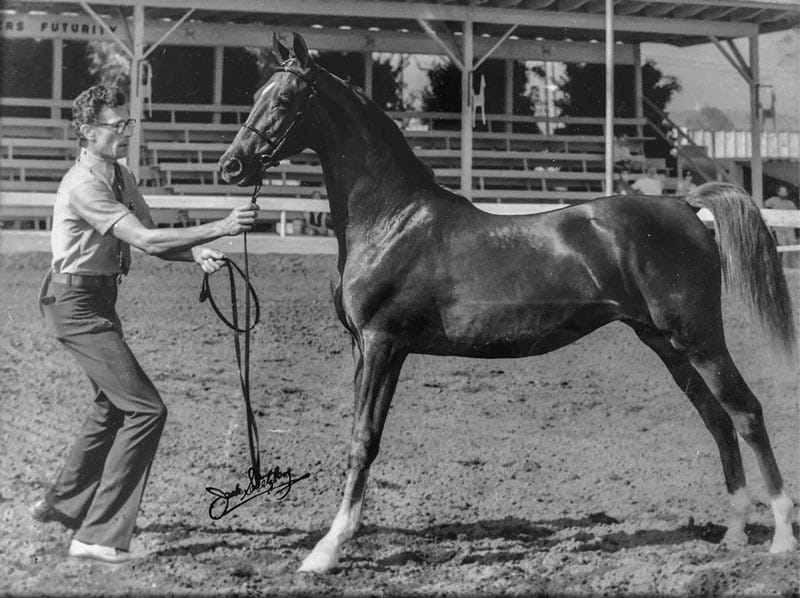 American Saddlebred farrier’s legacy lives on with those he mentored

Haight was born in Hamilton, Ontario. His family moved from Canada to southern California when he was 13. He graduated from El Monte High School in 1962 where he met his wife Susan of 55 years. After high school he worked as a meat cutter.

Haight started his shoeing career after he and Susan bought an American Saddlebred from trainer Bill Wyse, who shod his own horses. Wyse taught Haight how to shoe after a search for a farrier was fruitless. Haight shod a variety of horses at the start of his career, including Thoroughbreds at the San Luis Rey Downs Training Center in Bonsall, Calif. Haight’s reputation as a farrier who was skilled in therapeutic shoeing grew and was often sought out by clients who were referred to him by veterinarians.

“Gordon certainly has shod his share of famous horses in the nation from coast to coast,” Gerald Gardner, an equine veterinarian, wrote when nominating Haight for the International Horseshoeing Hall of Fame.

“He has saved the show career of many a horse and the lives of many more. The most knowledgeable trainers and veterinarians have praised his work.”

Premium content is for our Digital-only and Premium subscribers. A Print-only subscription doesn't qualify. Please purchase/upgrade a subscription with the Digital product to get access to all American Farriers Journal content and archives online.
KEYWORDS Gordon Haight in memory