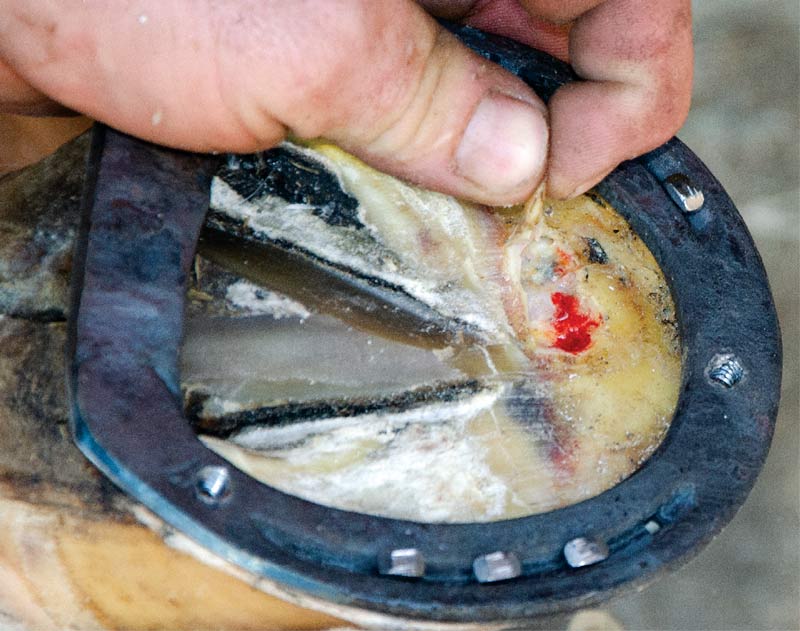 Results from Our Equine Lameness Survey

Pictured Above: A farrier removes the compromised sole to treat an abscess. According to a recent American Farriers Journal survey, abscesses are the most common pathology of lameness among the horses of those who responded.

One of the major concerns every farrier deals with is how to help lame horses. This was evidenced by the responses from farriers participating in a recent survey who indicated they routinely deal with a number of horses with lameness issues.

Farriers were asked in a recently completed American Farriers Journal email survey how many horses they worked on in the past year had lameness issues. The average response was 24% of the horses. As you’ll read later in this article, this compares with one-third of the horses in the United Kingdom who have lameness issues.

The 173 farriers who answered the AFJ survey reported anywhere from 1% to 90% of the horses they work with have lameness issues. This is the first part in a two-part series in which we’ll further analyze this survey in terms of how different uses and disciplines impact the major causes of lameness. In addition, we’ll summarize comments on dealing with lameness issues that were added to the survey in an open-ended question by 98 of the farriers who responded. 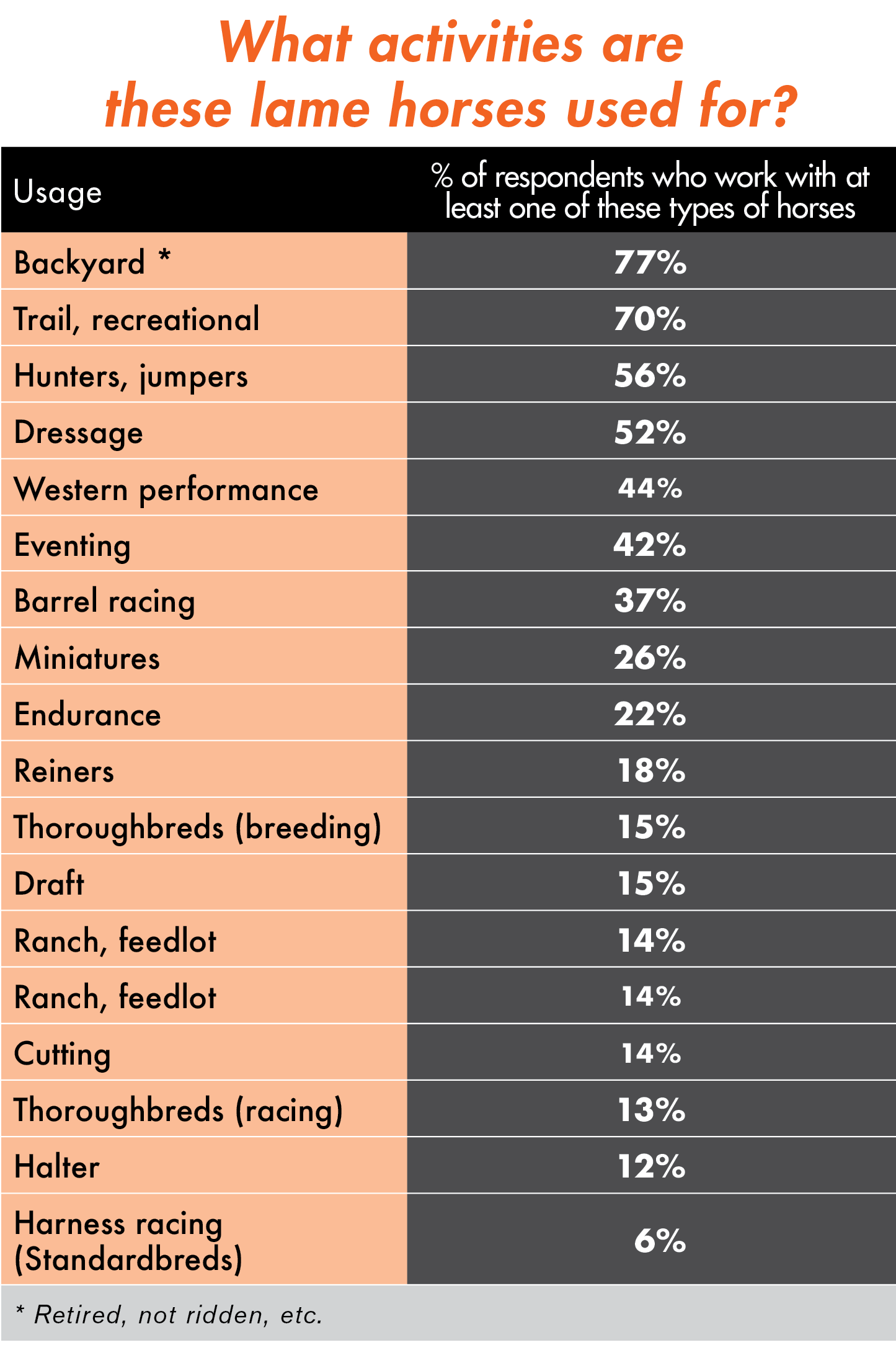 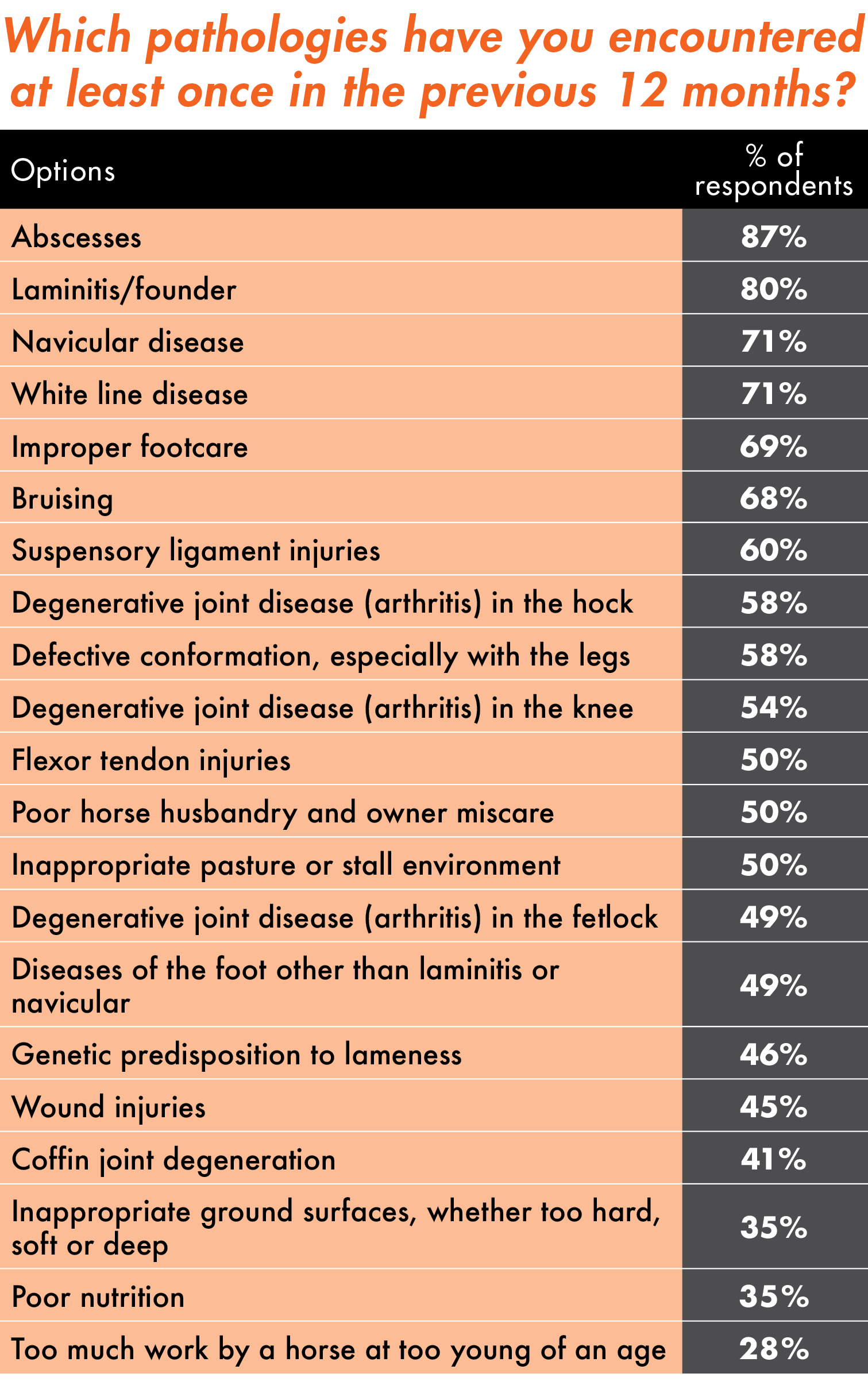 One question in the survey asked how lame horses ended up in farrier practices. Some 52% of the farriers indicated the majority of lame horses were referrals from owners, trainers, riders, veterinarians or other farriers. The…

Premium content is for our Digital-only and Premium subscribers. A Print-only subscription doesn't qualify. Please purchase/upgrade a subscription with the Digital product to get access to all American Farriers Journal content and archives online.
KEYWORDS lame horses lameness survey lamenesses Laminitis shoeing lame horses why is my horse lame

How Good are the Majority of Your Clients at Detecting Lameness Issues Before Alerting the Farrier or Veterinarian? | How Long are Equine Pain Control Products Normally Used by Owners?