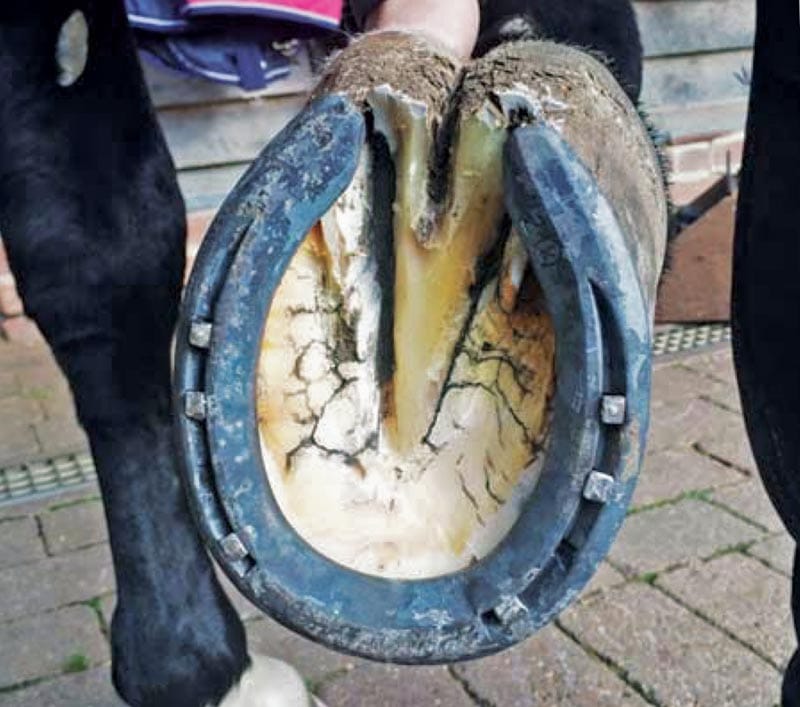 By Ron Perszewski posted on September 7, 2019 | Posted in Therapeutic Shoeing

Pictured Above: An upright foot is likely to have a contracted, oval-shaped hoof capsule, narrow frog and contracted heels.

The following article is based on Simon Curtis' presentation at the International Hoof-Care Summit — 2021 Virtual Clinic Series. To watch the presentation, click here.

Farrier Simon Curtis wants everyone to know that a club foot is not the same thing as an upright foot. Making the distinction is the first step toward resolving a club foot, he says.

“I have a bit of a bee in my bonnet because people are forever saying ‘an upright club foot.’ There is no link between an upright foot and a club foot. The only similarity is the dorsal hoof wall angle is quite steep,” Curtis says.

He knows what he’s talking about. Curtis, based in Newmarket, England, has been a practicing farrier for 46 years. He has lectured and demonstrated farriery in more than 30 countries on six continents, been published in numerous journals, authored four textbooks, earned a PhD in equine physiology and biomechanics, and is the only farrier to have been awarded an Honorary Associateship from the Royal College of Veterinary Surgeons. He was inducted into the International Horseshoeing Hall of Fame in 2005.