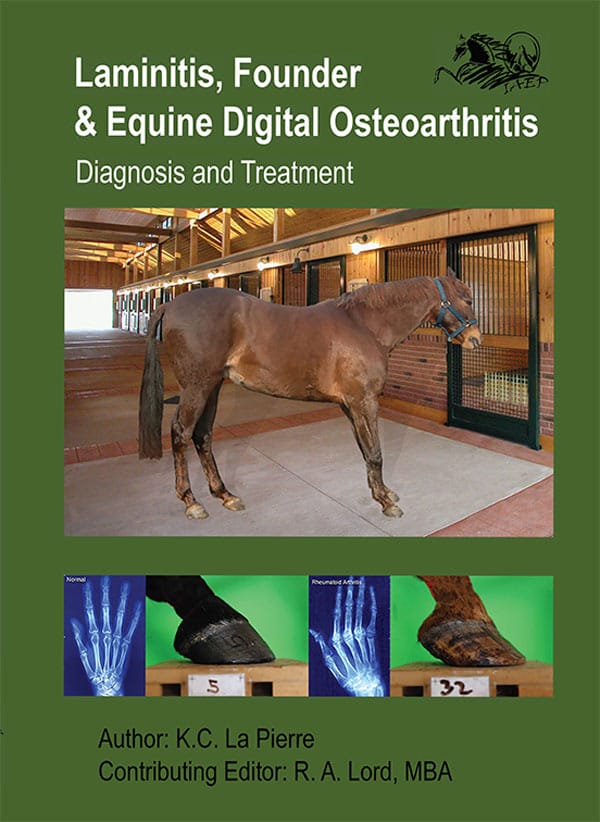 K.C. La Pierre is no stranger to controversy in the hoof-care industry. With his latest book “Laminitis, Founder & Equine Digital Osteoarthritis,” La Pierre maintains that the traditional research on laminitis and founder have produced few treatment protocols because the model used in this research states that the coffin bone is suspended in the hoof by the laminae. La Pierre maintains that the lamellae suspension model is incorrect and therefore all current treatment methods for founder and laminitis are ineffective. He discounts the deep digital flexor tendon involvement in founder.

To compare theories on the foot and its function there must be a common language and an agreement of terminology. La Pierre describes and identifies “osteoarthritis of the ungular cartilages as the primary cause for the hoof deformities associated with chronic founder and chronic… Another Take on Laminitis, Founder