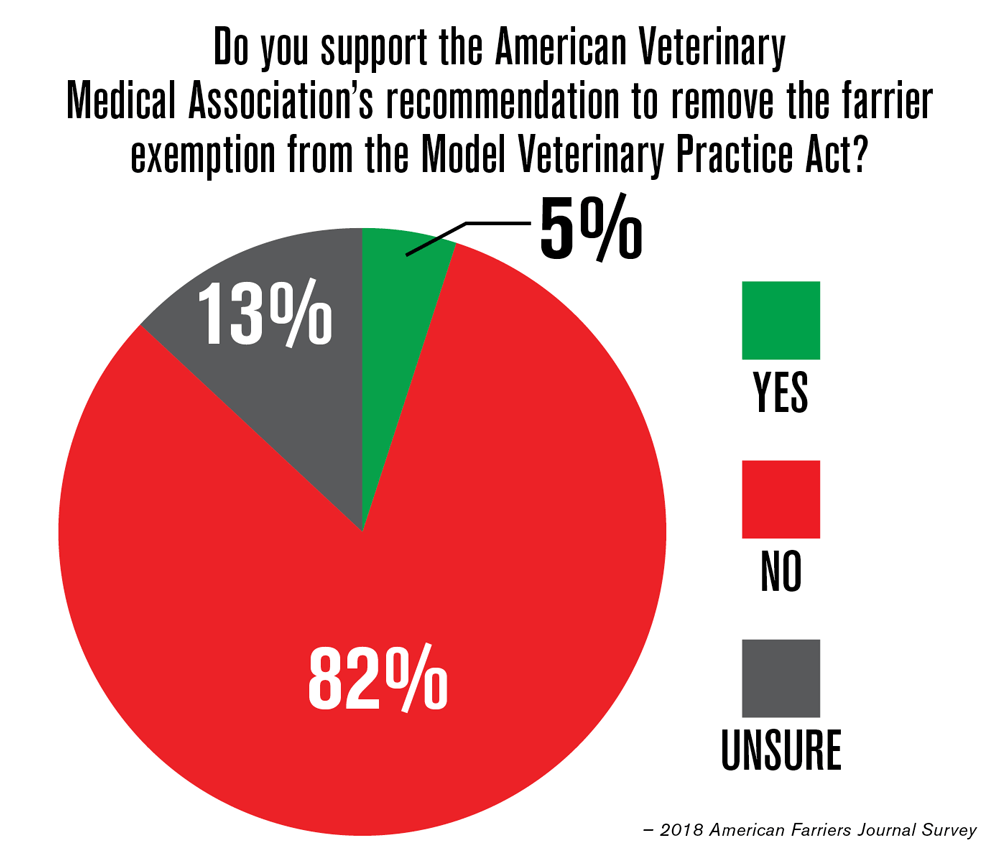 By Esco Buff posted on July 4, 2019 | Posted in Business Practices

As the American Veterinary Medical Association’s (AVMA) House of Delegates prepares to consider the proposed Model Veterinary Practice Act (MVPA) in August, the process has illuminated several hot-button topics that are in need of clarity.

The process was initiated early last year when the AVMA proposed a number of changes to its MVPA, including the elimination of the farrier exemption from the definition of practice of veterinary medicine.

Michael San Filippo, the AVMA’s senior media relations specialist, stated in an email to American Farriers Journal that the proposed changes are not an attempt to exert control over the equine hoof-care industry.

“The proposed removal of ‘farriery’ from the exemption section [Section 6] of the MVPA is in no way an attempt to ban farriers from working independently or require a veterinarian to be involved in shoeing a horse,” according to San Filippo. “Rather, it is an acknowledgment that farriery exists well outside of the definition of veterinary medicine and does not need to be included in the MVPA.”1

Due to the overwhelming number of responses to remove…