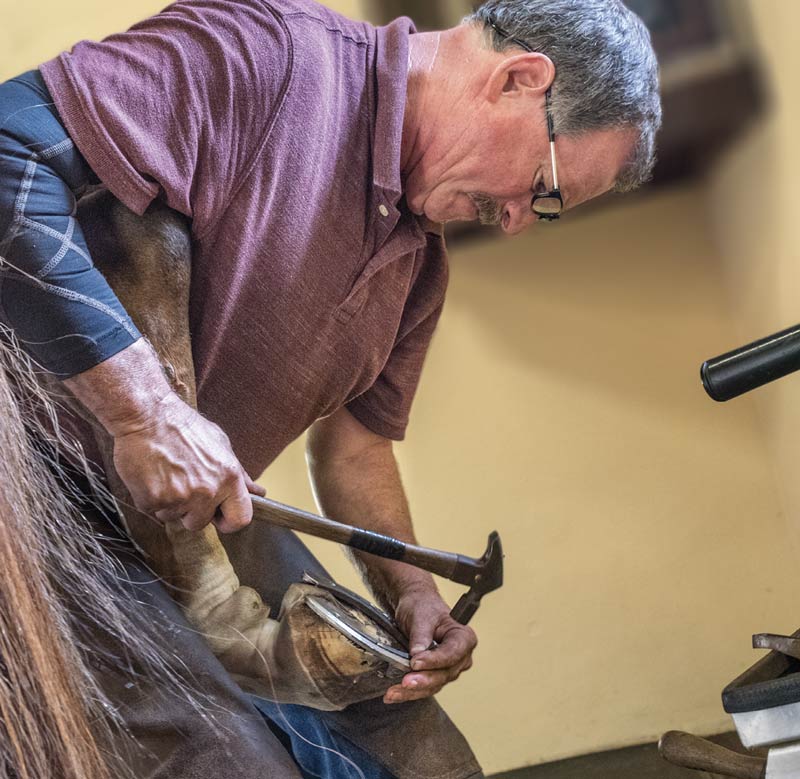 By Jeremy McGovern posted on June 30, 2019 | Posted in Disciplines & Breeds

John Favicchia inherited a love of horses from his father, also named John. So passionate about horses, the elder Favicchia moved out of the city and bought a rundown farm in North Salem, N.Y., refurbishing it over several years. After being laid off from his job as a draftsman, Favicchia attended a 2-week farrier course and changed his career.

“My father was artistic enough to adapt quickly to shoeing horses,” he says. “From there, he also began buying and selling horses, and offering riding lessons, really making his dream come true.”

Through his father’s work with horses, John Favicchia rode every horse that came through the property. John’s father compelled his son to be a farrier as he matured. Unlike the shared love of horses, he didn’t initially embrace his father’s interest in farriery.

“In my early teenage years, I hated horseshoeing,” says Favicchia. “My father would wait in the driveway as I got off the bus after school and we’d shoe horses in the afternoon and evening. I couldn’t handle the tools, so I only passed his hand tools to him. In summer, it is hot, and I’m trying to keep flies off him and…