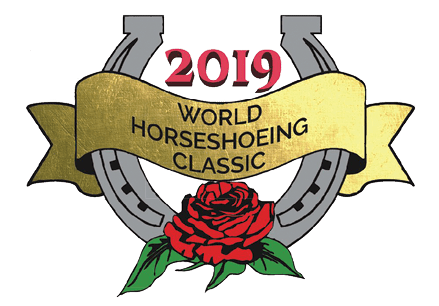 The Results from the 2019 World Horseshoeing Classic

In its 10th year, the World Horseshoeing Classic brought top competitors from around the globe to Richmond, Ky., for this team competition. On March 2, Team Mustad grew its lead from the second day to take home the championship at the World Horseshoeing Class by besting 15 other teams after the 3 days of competition. The team consisted of Scottish farriers Lewis Balfour, Devin Crerar, Paul Robinson and David Varini. Paul Robinson also won best shod foot for his work in the hunter class. Coming in second was Team Horseshoes Plus (Tim McPhee, Tyler Marshall, Ben Mangan and Mark Schneider) and third was Team Handmade Wrangler (Steven Beane, Andrew Casserly, Jack Casserly and Grant Watt). The World Horseshoeing Classic is produced by the Kentucky Horseshoeing School and World Championship Blacksmiths.

It was a tough competition with fewer than 30 points separating the top six teams after the 3 days. Team Mustad gained the lead on the second day winning the hunter class and then increasing that lead by winning the roadster class the next day. Team Mustad member Devin Crerar says the tight competition is what makes the Classic a premier event.

“I call it the ‘fear factor,’” he says. “Knowing if you drop the ball too much you are out. Knowing the team behind are right on your tail or knowing the team in front are not so far out of touch you can still catch them.”

He credits the team work that helped them emerge.

Competitors Gather in Kentucky for the 2012 World Horseshoeing Classic