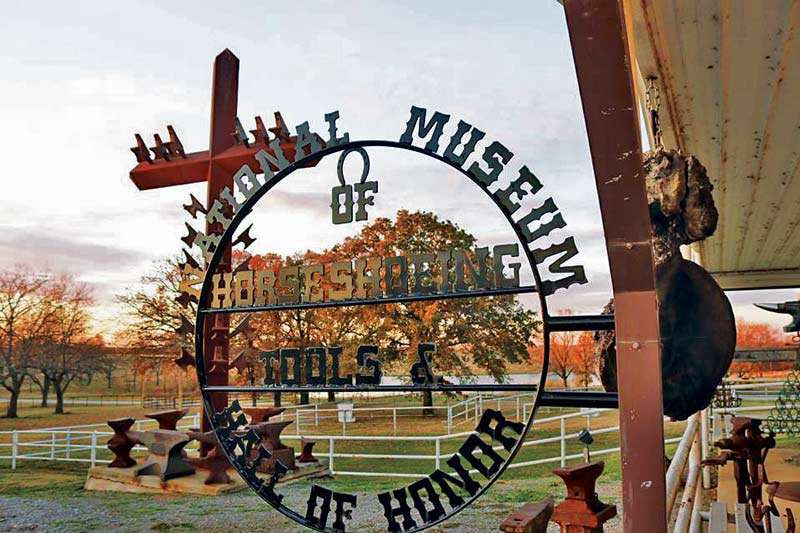 By Jeff Cota posted on March 22, 2019 | Posted in Education, Equipment

Pictured Above: Lee Liles’ family announced that the National Museum of Horseshoeing Tools and Hall of Honor will relocate from Sulphur Springs, Okla., to the Historic Stockyards City in Oklahoma City.

The late Lee Liles dedicated his life to preserving the heritage of farriery with the creation of the National Museum of Horseshoeing Tools and Hall Of Honor. Nine months after his passing, Liles’ family delivered a valentine to their patriarch and the farrier industry on Feb. 14, 2019, by announcing the collection will be relocating from Sulphur Springs, Okla., and have a permanent home in Oklahoma City.

“We will be moving to the Historic Stockyards City in Oklahoma City,” Samantha Liles Frank told American Farriers Journal. “We are excited about continuing the museum’s impact
in Oklahoma.”

Remaining in the Sooner State was a priority for Liles’ family.

“We truly wanted to keep the museum local to Oklahoma,” says Liles’ daughter. “Lee built and curated the museum after he moved here in 1998, and we think it’s something special for the state we grew to love.”

The new location has sentimental value not only to Liles, but also to his family.

“The Stockyards are central to the OKC area and are already home to thriving businesses frequented by locals and tourists alike,” Frank says. “We thought it would be a great central and meaningful location, and especially easy for people in town for events to be able to get to. For me personally, I have many fond memories with my…