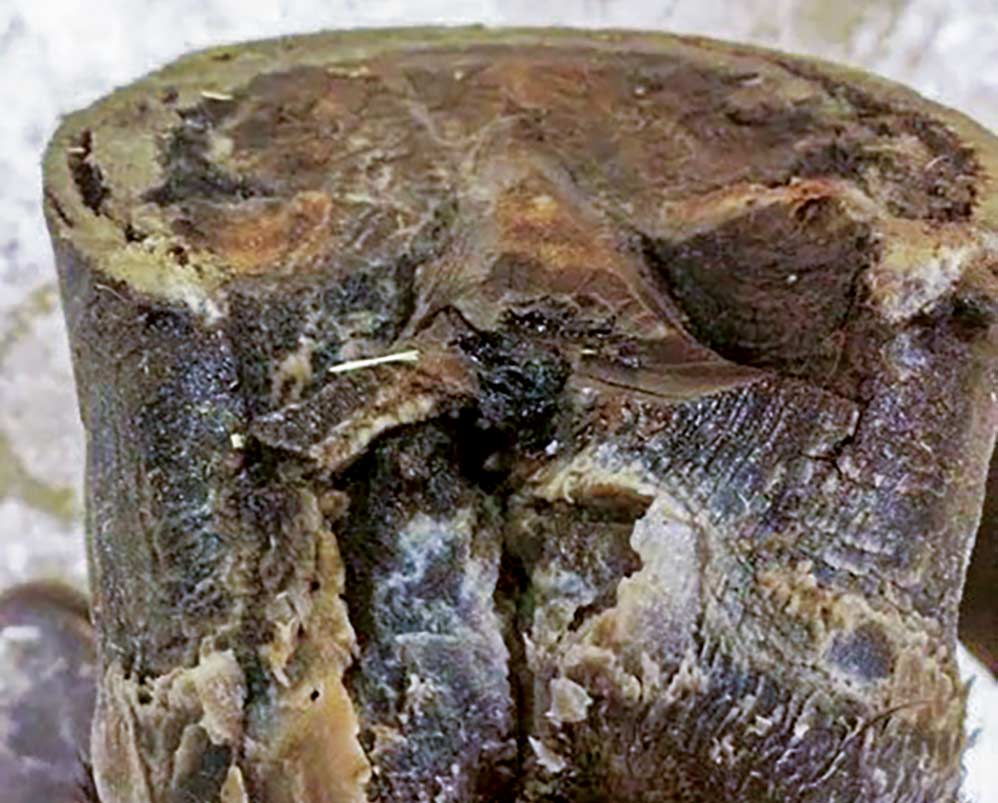 How to Identify and Treat Thrush

By Stephen O’Grady posted on November 29, 2018 | Posted in Diseases, Trimming

This article provides an overview of the causes, diagnosis and treatment of thrush

Thrush is a degenerative condition of the central and lateral sulci of the frog generally caused by a bacterial infection. The disease begins when bacteria penetrate the outer horn or epidermis of the frog and is characterized by deterioration of the frog and the presence of black necrotic exudate with a foul odor.1,2,3 In severe cases, the bacteria can reach the dermis, the sensitive tissue beneath the frog, causing pain and lameness. Blood may be encountered when the frog is cleaned with a brush or on the end of the hoof pick during routine grooming. 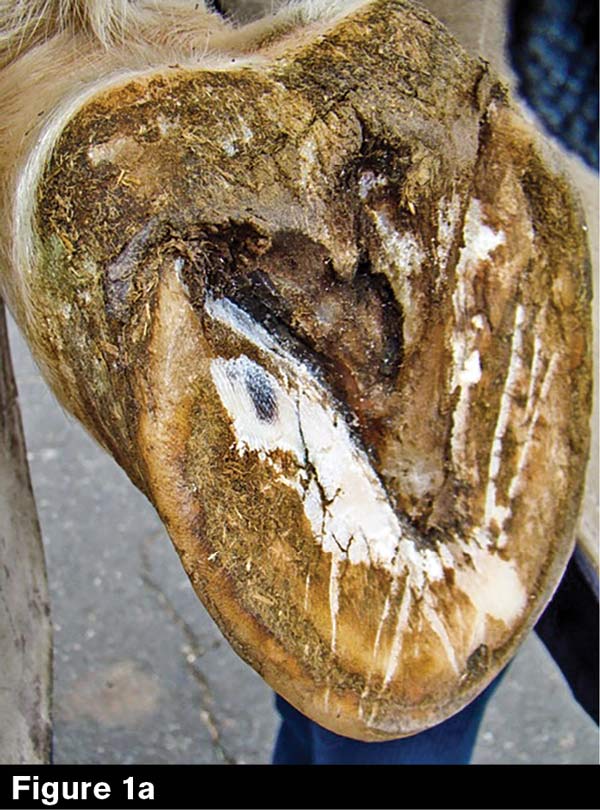 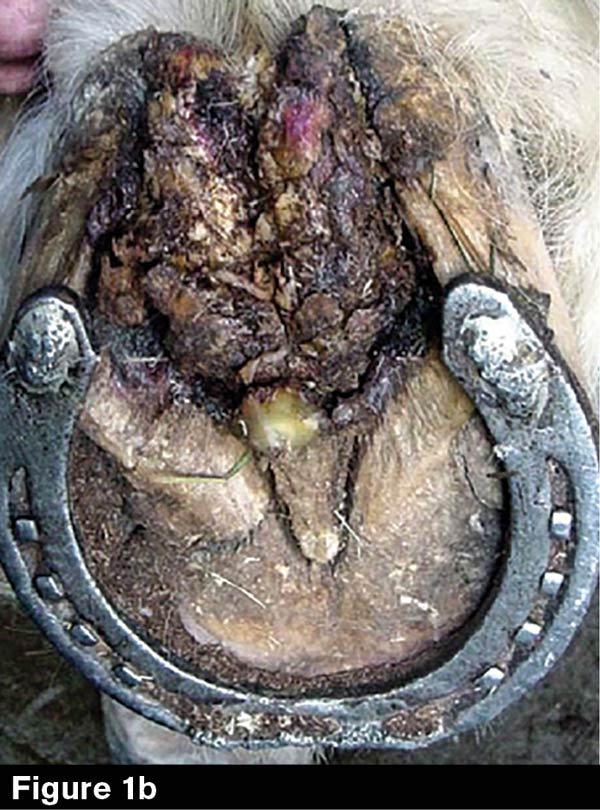 Figure 1a is thrush. Note the deterioration of the frog and the recession below ground surface of the foot. Figure 1b is severe canker. Note the proliferation of the diseased horn.

Premium content is for our Digital-only and Premium subscribers. A Print-only subscription doesn't qualify. Please purchase/upgrade a subscription with the Digital product to get access to all American Farriers Journal content and archives online.
KEYWORDS difference between thrush and canker equine thrush infected sulci treating thrush

How to Prevent and Treat Thrush in Horse Hooves

How to Identify and Rehabilitate Compromised Horses’ Feet

How to Treat Hoof Abscesses