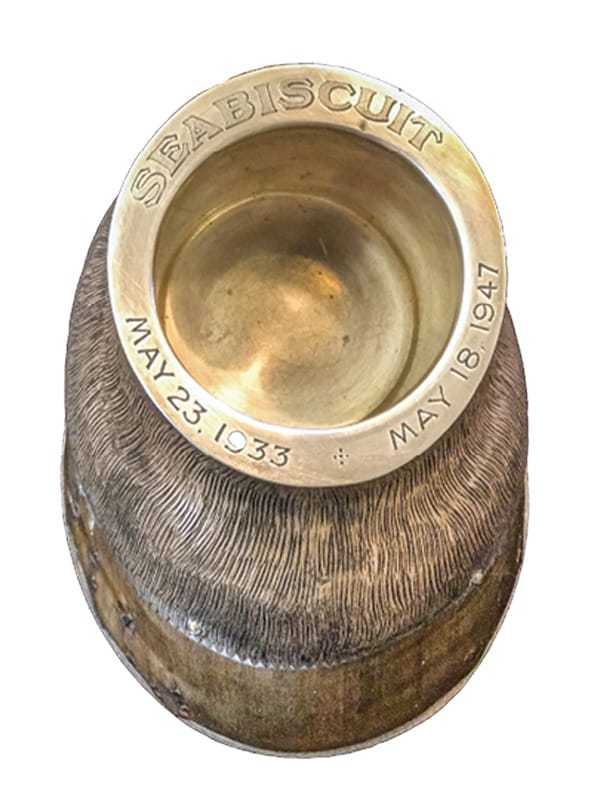 Researchers are digging into the past and future of the iconic racehorse Seabiscuit to find out what made him so successful. The answer has been found in one of Seabiscuit’s hooves, which had been preserved in silver.

Grandson of Man-O-War, Seabiscuit might have been one of the biggest underdogs in racing history, making an incredible comeback after losing his first 17 races. His victory in 1938 against Triple Crown Winner War Admiral was unexpected, as most knew Seabiscuit to be lazy, preferring eating and sleeping over racing. His spectacular comeback inspired a nation plagued by the Great Depression, drawing a crowd of 40,000 spectators to Pimlico, Md.

Jacqueline Cooper, Seabiscuit Heritage Foundation president emeritus, owns Seabiscuit’s descendants, stabled at the historic Ridgewood Ranch in California where Seabiscuit lived out his days and was later buried. Cooper reached out to molecular geneticist Dr. Steven Tammariello, the director of the Institute for Equine Genomics at Binghamton University, who initially did a genetic panel test on a five-time descendant of Seabiscuit named Bronze Sea. The genetic panel could be used to predict a horse’s racing potential. If researchers can look at Seabiscuit’s offspring and their racing potential and then compare that with Seabiscuit’s, there could be potential for discovering what made Seabiscuit such an unlikely winner. They also needed to compare the results between Seabiscuit’s DNA and his progeny. 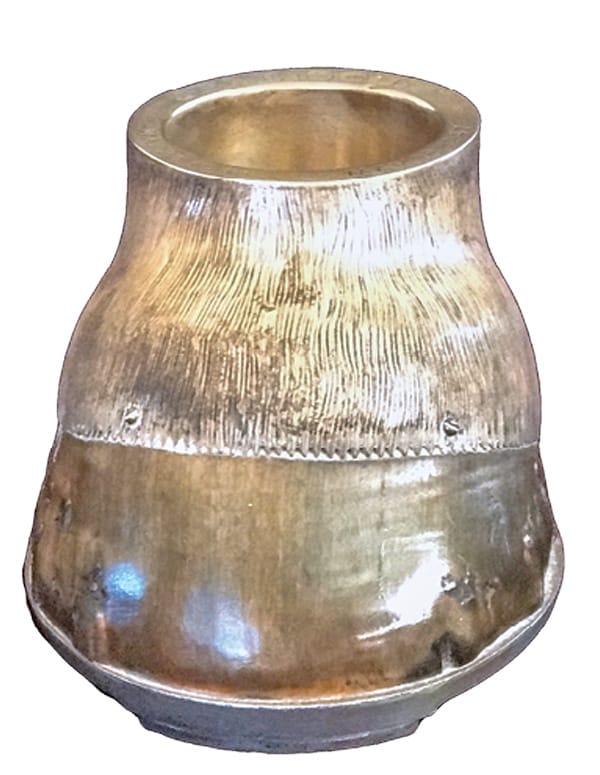 In a joint effort between the California Thoroughbred Foundation, where Seabiscuit’s silver hooves were on display, and the Seabiscuit Heritage Foundation, the hooves…