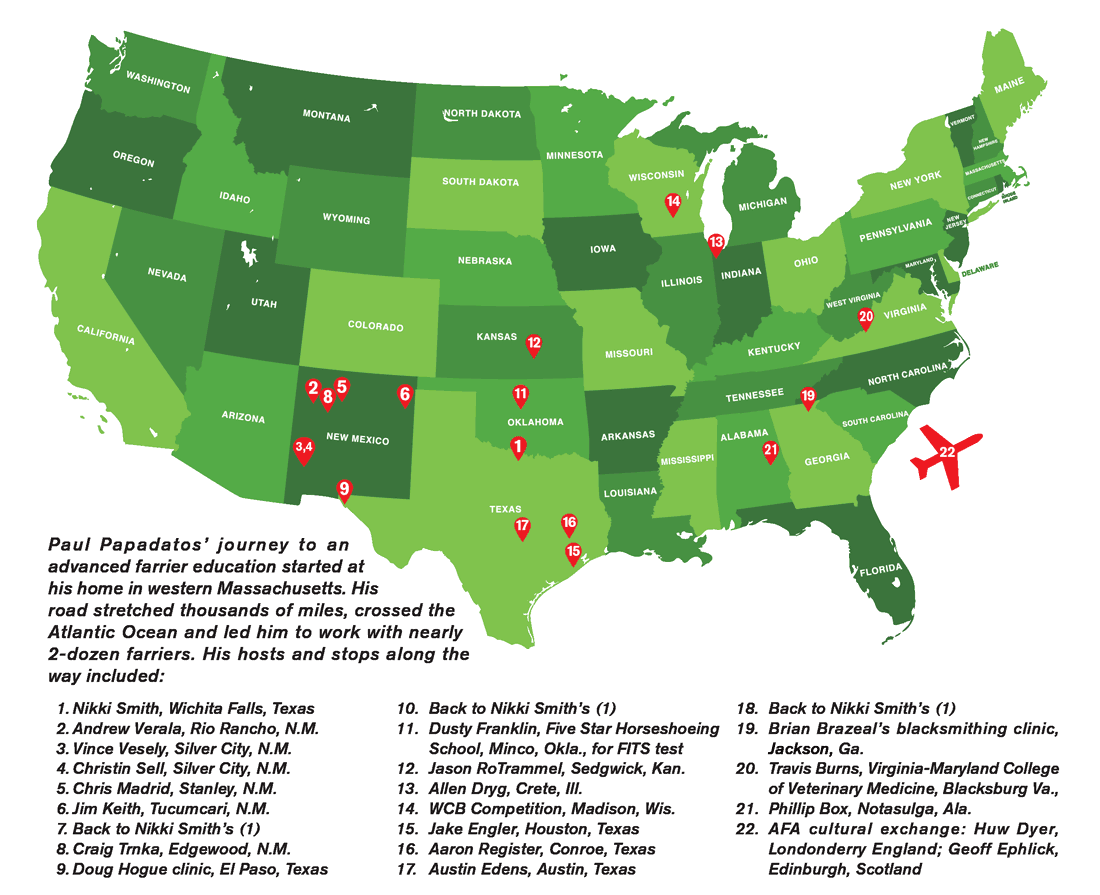 Farrier Strives to Learn More by Hitting the Road

It’s been said that farriery isn’t a job, it’s a calling. Paul Papadatos stands as an example of that calling.

He had already graduated in 2013 from Chris Gregory’s Heartland Horse­shoeing School in Lamar, Mo., and was 2 years into building his own shoeing business in Dalton, Mass., when he decided to close it down and hit the road. Over months, he rode along with and learned from successful farriers, from Texas to Wisconsin to the East Coast, wrapping it up with visits to England and Scotland.

“There wasn’t any kind of institutionalized learning that I knew of at the time that went beyond the fundamentals that farrier schools teach to beginners and near-beginners,” he says.

The only way he could think of attaining that education was through traveling.

“The backbone of the farrier trade is the oral tradition,” Papadatos says. “I think it is, in some respects, the most effective way to learn.”

“Then when I went to farrier school and started working on horses and forging,” he says, “I…

Premium content is for our Digital-only and Premium subscribers. A Print-only subscription doesn't qualify. Please purchase/upgrade a subscription with the Digital product to get access to all American Farriers Journal content and archives online.
KEYWORDS farrier education fitting the equine foot improving farrier skills trimming the equine foot understanding farriery

[Video] Why Farriers Should Learn More About Horseshoe Nails

The Blacksmith’s Guide to Financial Freedom By Andrew DeVisser, CJF

Build Upon The Foundation Laid By Farrier School

"Back to the Basics" Clinic