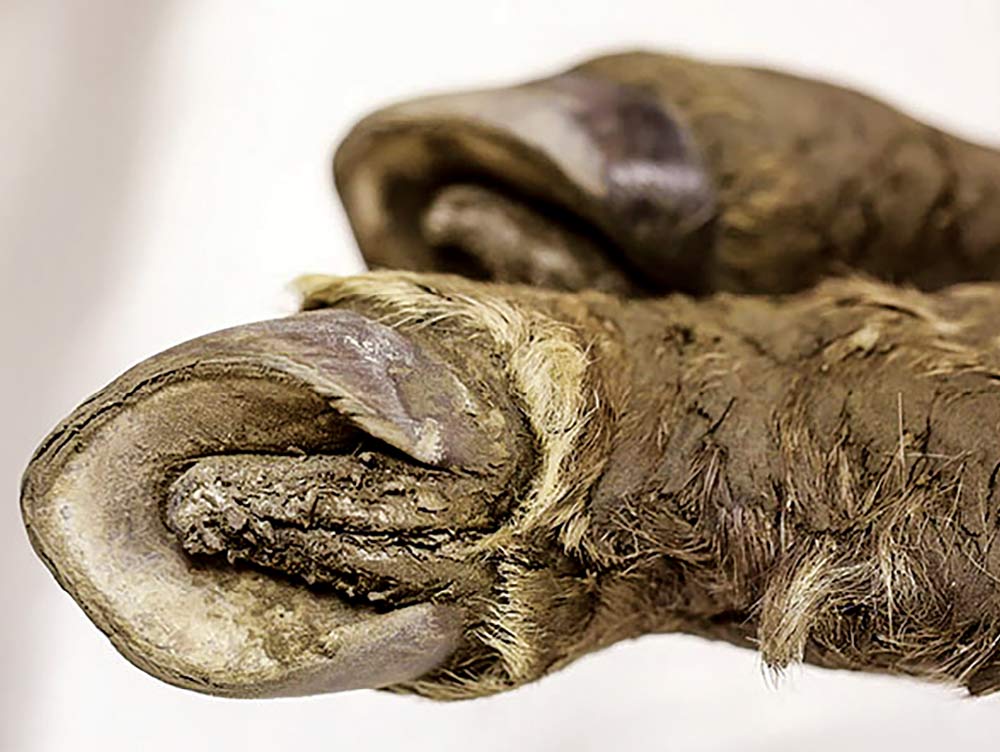 October 26, 2018 | Posted in Education, Lamenesses, Therapeutic Shoeing
Pictured Above: A 20-day-old foal that died about 40,000 years ago was found preserved in permafrost in Siberia. Scientists are studying the member of the extinct Lenskaya, or Lena Horse breed, with hopes of learning more about the species — including possibly cloning it. Photo: Michil Yakovlev/SVFU

A foal from the Paleolithic period that was discovered in Siberia could lead to significant scientific advances.

Scientists from North-Eastern Federal University in Yakutsk and Kindai University in Japan found the foal at the Batagai depression in the Yakutia region, according to The Siberian Times. It was completely preserved in permafrost, with internal organs and hair still intact and no visible wounds.

The carcass is in such good condition that scientists will attempt to clone it, according to Newsweek. Scientists only need one living cell to create the necessary embryo.

“Fortunately, the animal’s muscle tissues were undamaged and well preserved, so we managed to get samples of this unique find for biotechnology research,” Dr. Semyon Grigoriev told The Siberian Times. Grigoriev is the head of the Mammoth Museum in Yakutsk.

The foal was around 20 days old when it died and had reddish brown fur with a black mane and tail, as well as a black stripe down its back. It is similar to the Yakut horses living in the area. It is estimated to be approximately 40,000 years old.

Premium content is for our Digital-only and Premium subscribers. A Print-only subscription doesn't qualify. Please purchase/upgrade a subscription with the Digital product to get access to all American Farriers Journal content and archives online.
KEYWORDS prosthetic limb for horse Racehorse Injuries Siberian foal