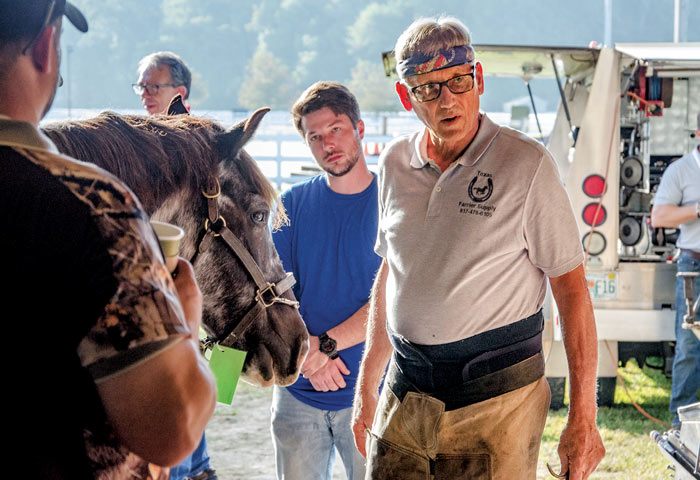 Apply Your Skill And Knowledge To The Foot

By Terry Stever posted on April 7, 2018 | Posted in Education, Shoeing

If you are old enough to remember, there used to be an ad in Western Horseman magazine for “Professor Beery’s Mail Order Course in Horsemanship.” This came as a set of books that would teach you how to ride a saddle horse, animal husbandry and other subjects.

When I was 12, I ordered it and began to read the series. I eventually reached book five, which was an illustrated course in horse training and shoeing bad horses. It was mostly about ropes and war bridles. Because of Beery’s series, I bought my first horse and brought it back to the farm.

As years went by and I learned more, I ended up getting into other books like Scientific Horseshoeing by William Russell — a book that you can always pick up and learn something from. It was all about the basics for a foundation of horseshoeing.

Over the years, I shod many horse shows — the All American Quarter Horse Congress for 40 years and the World Championship Show for 36 years. If you have spent any time at horse shows, you know what you get as the farrier. Nine times out of 10, you are getting horses that need something to get them to the pen. When a farrier has more opportunities to work with horses like this, I figured there is only one way to go: up. Terry Stever has worked with horses for nearly 50 years. He still shoes horses and also enjoys working with other farriers.

Apply Your Skill and Knowledge to the Foot

Farrier Strives to Learn More by Hitting the Road